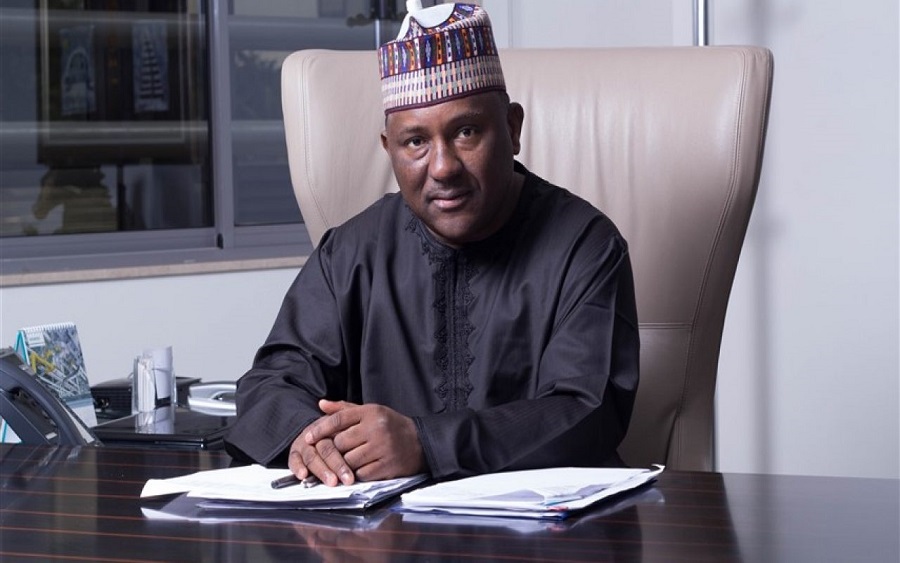 The high price of cement and sugar in the country has been attributed to the higher demand over supply of the product.

One of the major cement production firms, BUA Cement Plc has explained that the price of cement is high in Nigeria today simply because Nigeria doesn’t have enough supply.

According to BUA: “In Nigeria, every day people come up to say we are self-sufficient in cement and that Nigeria can now start exporting cement; it not true. Look at the numbers: Nigeria is over 200 million people today in terms of its population. If you look at the production of cement, last year, we were under 30 million tonnes. In fact, last year was higher than the year before. Which means that in 2019, we were doing between 26 million and 27 million. I am talking about production, and not installed capacity, which is another thing entirely. I am talking about actual cement production.”

The firm stated that Nigeria is 200 million people and that makes it about 130 kilogrammes per head.  “If you check, you will see that most countries in Africa are doing between 170kg to 200 kilogrammes per head. So, Nigeria is actually producing less than in other country in Africa, apart from may be Niger Republic. So, that means that we do not have enough capacity. Nigeria can actually take 200 kilogrammes per head, but we are not able to do that, hence the reason why the price of cement is high. The moment you have any problem in any of the plants in Nigeria and there is a shut-down or any challenge, immediately, you will see the impact in terms of price going up, ”BUA noted.

Meanwhile, it is a known fact that Nigeria does not have any buffer whatsoever. So, it is like hand to mouth daily. The reason why the price of cement went up recently was simply because there was an issue at one of the Lafarge’s plants and they had to stop production for few months to rectify that. So, as that had happened, the supply from Lafarge reduced by about 25 per cent in Ogun State. Also, one of the plants of Dangote had technical issue and briefly they couldn’t load. But it has been resolved. But because that took about one month, the price of cement went up to about N4,000, from N2,800.

It will be recalled that BUA during the Obasanjo regime had insisted that even though the cement policy at that time was a good one, it must be done in such a way that a lot of players must come in and participate.

BUA in a statement stated: “There is no point in making a policy that only one, two or three people are able to benefit from that policy. That does not make sense. We are benefiting from this policy, but I know it is a bad policy. So, whilst the policy is good, the way it is being administered is not good. You can’t have a policy that restricts so many people from participating, at the end of the day, you are just creating a monopoly. That is exactly what is happening in the industry. No doubt, the policy has helped. It has helped us to put up so many plants in the country, but government needs to take a second look at the policy, to see how it can bring in more companies to participate.

“God forbid, imagine if today, we have a serious issue with Obu Plant or the Sokoto Plant and it is shut down for months, people would be buying cement at N5,000 and there is nothing anybody can do about it. That is because there won’t be anything anybody to do about that. The cement sector is a very important sector in the economy and Nigeria has no business selling cement at N4,000. Our ex-factory price is still about N2,700 per bag, but cement is selling between N3,500 and N3,800. I had to stop my people from collecting money last week, simply because we are collecting money much more than what we can produce.”

And it is same thing with other companies and that is simply because there isn’t enough. So, the policy is a good policy, but it has to be rejigged, so that more people that are interested can come in and participate.

“We have companies that have the capacity, access to funding to be able to compete in this industry and Nigeria, the entire country, is sitting on limestone. Anywhere you go, there is limestone in Nigeria. And the cost of production is probably the lowest in Africa. I have been thinking about this and even though I know it could be to my disadvantage, I was going to propose to the government, to even allow temporary imports, so that the price would come down. Let’s compete with import and at the end of the day, if we see that the imported products are probably within same level, then we can come down to a price that is lower. We are making so much money in the industry and Nigerians are the ones paying for this. I am part of it, but I know it is wrong” the statement noted.

Furthermore, the Sugar industry is battling the same issue with the Backward Integration Programme (BIP) policy in place. Nigeria has a situation where it  have only three players and there is the BIP policy which states that unless you are seen to be doing a plantation you would not be allowed to do sugar refinery. Again, it is same kind of policy where few people are benefiting and 200 million people are suffering. The business is doing well, the few companies are making money, but how much money do you really need. We have 200 million people and they are paying more than what other countries are paying for something that ought to be cheaper.

Also in the petroleum sector, Nigeria is consuming a lot of petroleum products. Nigerians consume about 50 million litres per day. Then again, if we look at the region, there is a huge potential. If we also look at it, the timing and the location that we have is better than any location. Secondly, because of the pandemic and the price of crude oil, even though it is picking up a bit, the opportunity arose for us to do it now, compared with what it would have been few years ago when crude price was in the region of $100 or more.