Up to 161 million Africans may have fallen into poverty – ECA 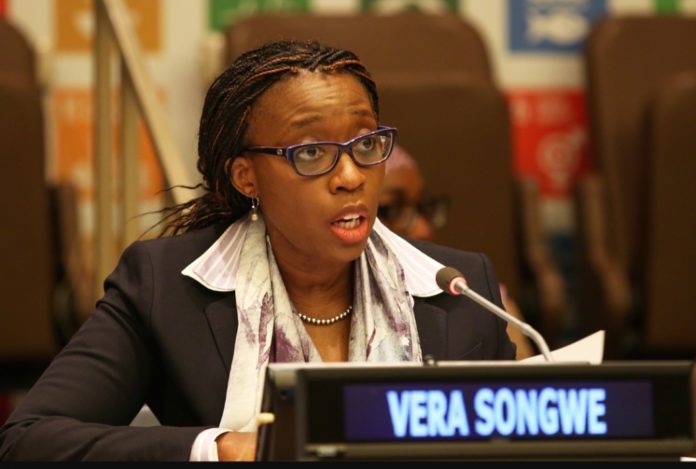 The ECA has stated that between 49 million and 161 million Africans may have fallen into COVID-19 induced poverty.

The Economic Commission for Africa (ECA), has disclosed that between 49 million and 161 million Africans may have fallen under the poverty line due to the effects of the pandemic.

This was disclosed by Vera Songwe, United Nations Under-Secretary-General and Executive Secretary of the ECA at the  53rd ministerial session of the ECA and the Conference of African Ministers of Finance, Planning and Economic Development holding in Addis Ababa, Ethiopia on Monday.

Songwe arrived at the figure based on the growth elasticity of poverty change approach, and with economic growth contractions of 1.8–5.4 per cent in 2020, among other indicators.

She said that one billion Africans, representing more than 80 per cent of the total population, have a mean consumption rate of less than $5.50 per day, citing the fact that two-thirds of Africans reside in countries with a consumption of less than $1.90 a day.

“On per-capita basis, the 30 countries in Africa, for which data is available, spend only USD 10 per capita on social protection, against USD 361 per capita in East Asia and the Pacific and USD 442 per capita in North America,” Songwe said.

Meanwhile Ghana’s Finance Minister, Ofori-Atta has warned that African economies are contracting, and a sharp increase in infections is overwhelming health systems.

“Africa’s GDP contracted by 2.1 per cent (African Economic Outlook 2021) compared to a 3.5 per cent contraction in global GDP (World Bank).

“However, the second wave has depleted our buffers, our economies are contracting, and we are witnessing sharp increases in infections and deaths. These developments are overwhelming our health systems,” Ofori-Atta said.