Oil prices fall below $100 per barrel 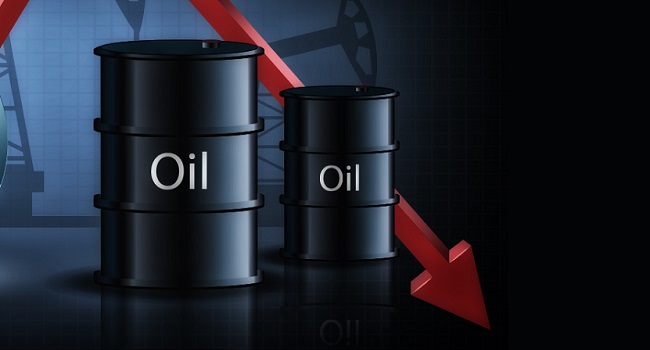 Oil prices dropped below the $100 per barrel mark as COVID-related lockdowns in China weighed on demand expectations.

Data from Reuters showed Brent crude the international benchmark for Nigerian oil closed Monday at $99.01 per barrel after losing 3.76 per cent or $3.77.

While the United States West Texas Intermediate (WTI) crude futures depreciated by $3.41 or 3.47 per cent yesterday to trade at $94.85 per barrel.

Some cities in China had commenced lockdown as the country experienced its worst outbreak since the coronavirus started in central Wuhan in 2019.

Analysts at the Eurasia Group consultancy told Reuters that consumption in China, the world’s biggest oil importer, has stalled with coronavirus lockdowns in Shanghai.

“Even when the restrictions in Shanghai are lifted, China’s zero-Covid policies will likely remain a drag on demand,” Eurasia Group said, stressing Shanghai lockdowns likely reduced China’s overall oil consumption by up to 1.3 million barrels per day (bpd).

Another reason for the drop in oil prices is the announcement from US Biden-led administration that it would release 180 million barrels from the Strategic Petroleum Reserve(SPR) in an effort to alleviate soaring prices.

Similarly, the International Energy Agency (IEA) announced that its member countries would release 120 million barrels from emergency stockpiles, of which 60 million barrels would be from the US.