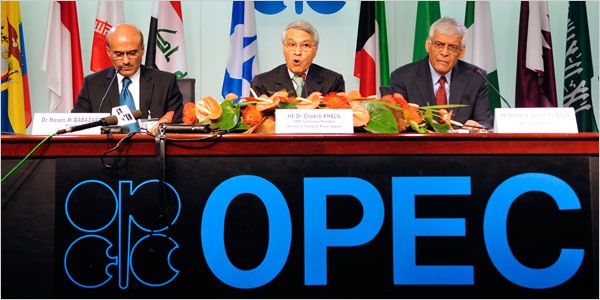 Oil prices were boosted by a drawdown in the United States crude and petrol stocks that added to demand recovery hopes fueled by the forecast by major producers of a deficit in the market this year, according to Reuters.

It said the market was also bolstered by that Democrats in the US Congress took the first steps towards advancing President Joe Biden’s proposed $1.9tn coronavirus aid plan without Republican support.

The API oil industry association reported US crude oil inventories fell by 4.3 million barrels in the week to January 29.

Prices were also buoyed by the latest assessment by the Organisation of the Petroleum Exporting Countries and its allies that the oil market could be in deficit throughout this year.

The group, called OPEC+, maintained its oil output policy at a virtual meeting of its Joint Ministerial Monitoring Committee on Wednesday.

Describing itself in a statement as ‘optimistic for (a) year of recovery in 2021’, the group said the committee noted that since the April 2020 Ministerial Meeting, it had adjusted oil production down by a cumulative 2.1 billion barrels, stabilising the oil market and accelerating the rebalancing process.

The committee further noted that members pledged to achieve full conformity and make up for previous compensation short-falls, and stressed the importance of accelerating market rebalancing without delay.

“The progress of Nigeria in this respect was well noted,” it said.

The committee observed that in December 2020, stocks in OECD countries had fallen for the fifth consecutive month.

The statement said, “The committee observed that, while economic prospects and oil demand would remain uncertain in the coming months, the gradual rollout of vaccines around the world is a positive factor for the rest of the year, boosting the global economy and oil demand.