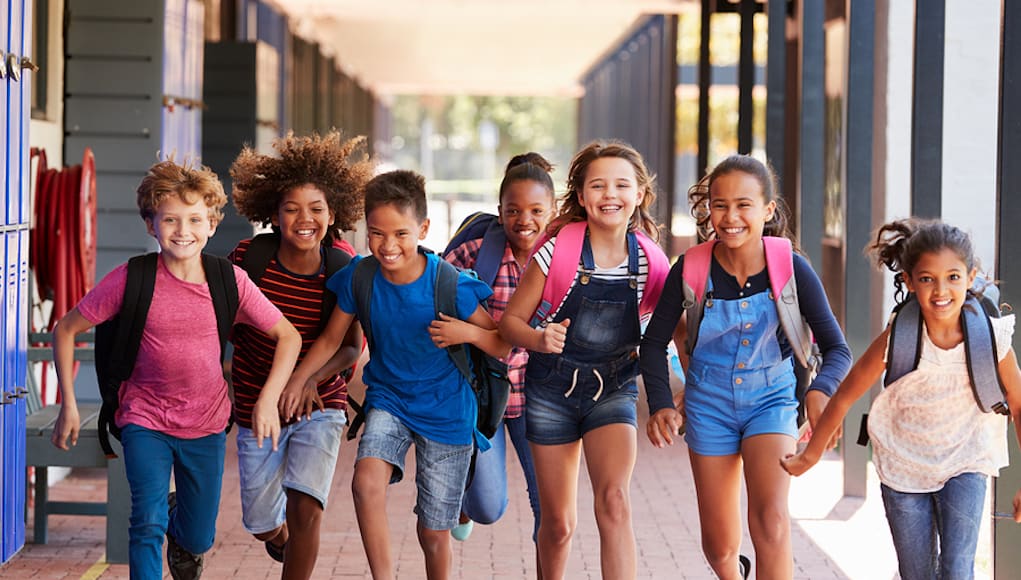 The Federal Government Thursday stated that Nigeria’s out- of-school-children (OSC) has dropped to 6.946 million from 10.1 million.

The government claimed that 3.247,590 million children, who were not in school, were enrolled within the space of a year and seven months, due to several activities undertaken by the Federal Ministry of Education.

Although the government didn’t state the activities it undertook in 2020 to reduce the number, but the 2018 National Personnel Audit conducted by the Universal Basic Education Commission for Primary Schools in the country, showed that Nigeria had about 10, 193, 918 out – of – school kids, with many concentrated in the north and mostly Almajirai.

Speaking with reporters on Thursday during the Ministerial Press Briefing to showcase the achievement of the ministry of education in 2020, Minister of Education, Adamu Adamu, stated that the government has secured a credit facility of $611 million from the World Bank to support Universal Basic Education (UBE), in seventeen states.

He added that the money will be used to implement the Better Education Service Delivery For All (BESDA) in the entire 13states of the North West and North East as well as Niger, Oyo, Ebony and Rivers states.

The minister said: “On the 21st of May 2019 in what I termed my valedictory press briefing, I told you that my greatest regret then, was our inability to bring down the number of out-of-school-children to a manageable/barest minimum.

“Under the initiative of the Better Education Service Delivery for All (BESDA), the Federal Government secured a World Bank credit facility in the sun of $611,000,000 to support 17 states of the federation in strengthening Universal Basic Education as well as the first pillar of the Ministerial Strategic Plan (MSP) on Out-of-school-children.

“As at today, we have recorded impressive school enrollment figures in 17 states of the Federation where BESDA is being implemented. I can however tell you that through the BESDA initiative, we have reduced the figure of out-of-school-children by 3.247,590 as at 31st December 2020.

“This is made up of 1,792,833 through formal schools, while 1,454,757 are through non- formal interventions such as Almajiri, Girl Child Nomadic and IDPs as confirmed by the National Population Commission and National Bureau of Statistics.”

Of these figures, the National Association of Proprietors and School Owners of Nigeria (NAPSON) alone, led to the enrollment of over 1 million OSC with each private school sponsoring five students, the minister said.

Also, enrollment programmes were said to have been carried out in Benue, Nasarawa and Zamfara states, he added.

Adamu who was hopeful that more OSC’s would be enrolled in school this year, 2021, disclosed that $500 million loan was secured from World Bank credit facility to drive the Adolescent Girls Initiative for Learning and Empowerment (AGILE) programme, to ensure girls were taken off the streets, trained and empowered to live normal and quality lives.

Adamu, who further revealed that 900,000 Nigerians were “taken off the shelve” of adult illiterates in 2020, said there were ongoing plans to develop an instrument to put a stop to out-of-school-children, by making it an offence for any adult not to undertake any form of learning.

“The phenomenon of adult illiterates is equally disturbing. The children of illiterate parents are 80% more likely to be out of school. Attention has therefore been given to the adult and mass literacy sub-sector in the last one year.

“In 2019, we were able to reach and train millions of Nigerians on basic literacy and numeracy across 14 states while 900,000 have been taken off that bracket in 2020. In the last two years, 1,900,000 illiterate Nigerians have been able to read and write either English or the three Nigerian languages through this effort. Our target of three million could not be reached due to the negative impact of the COVID-19 pandemic,” the minister added.

Adamu who emphasised the need to harmonise the school calendar and national examinations, explained that during the lockdown occasioned by the COVID-19 pandemic, some learners especially those at the rural areas were unable to continue learning through online facilities due to major challenges of internet access and electricity.

“Consequently, while some learners continued their education, others, especially in the rural areas could not, thereby putting our learners at different levels of exposure. Stakeholders in the sector identified the need for us to harmonise our schools and examination calendars, be it state, federal or private schools.

“This is because at the end of the academic year, children in primary schools write the National Common Entrance on the same day. Similarly, JAMB, WAEC, NECO and NABTEB will have one calendar each for their examinations. Consequently a National standing committee on the harmonization of schools and examination calendar was constituted,” he stated.

The minister noted that in the last five and half years of President Buhari’s administration, N1.7 trillion has been invested into tertiary institutions through the Tertiary Education Trust Fund (TETFUND), with an approval of N395 million in 2020 to be disbursed to institutions for infrastructural and capacity development.

On ensuring continuous learning during strikes and emergencies such as a pandemic, Adamu who said the ministry was collaborating with the United Nations Children’s Fund (UNICEF), said a grant has been obtained from the Global Partnership for Education (GPE), to build a national education cloud to warehouse educational resource materials for teachers and learners across all educational levels

“Upon the inauguration of this facility, hopefully in the next six months, time and space will no longer be a hindrance to learning. All public universities, polytechnics and colleges of education must prepare their workforce to operate under this environment in the foreseeable future.