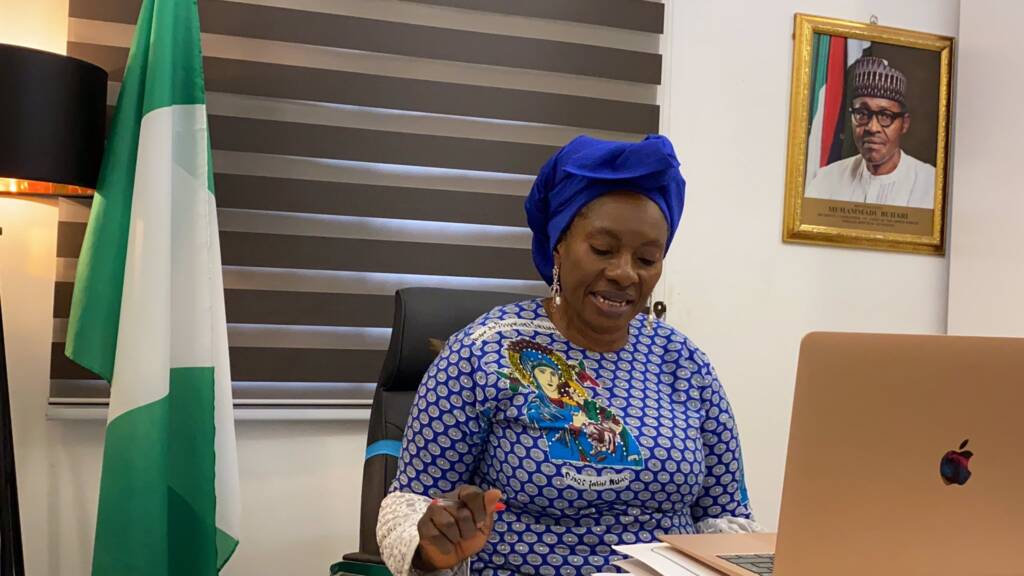 Minister of Women Affairs, Mrs Pauline Tallen has called for the establishment of children’s parliament in schools to aide planning and implementation of programmes affecting children.

Tallen made the call on Tuesday in Abuja during an interaction with children in commemoration of the 16 days activism to end Gender Based Violence (GBV).

She said establishing children’s parliament in schools would provide a platform for students to express their views, help in implementing programmes affecting them and eliminate all forms of violence against women and girls.

“It is my hope that after this event, the school authorities will set up guidelines to establish Children’s Parliament within the schools.

“This will provide a platform for harvesting the voices of children in planning and implementing programmes that concern them.

“In this way, we will be building a corps of young leaders who can aspire for leadership positions in the country.

“The schools are supposed to be Centres of learning where the minds of young persons are better shaped for National Development,” she said.

She also called on schools authorities to provide safe mechanisms for protecting whistleblowers so that they are not endangered when they report incidences of any form of violence.

The minister, while commending stakeholders in eliminating violence and protecting human rights, urged them to continue to challenge discriminatory attitudes and call for improved laws and services to end violence against women and girls.

She also reiterated the commitment of the government in girl-child education by providing an enabling environment for enrolment, retention and completion of children, especially girls in schools.

Ms. Comfort Lamptey, UN Women Country Representative to Nigeria and the Economic Community of West African States (ECOWAS), called for the establishment of more service centres for survivors of GBV.

Lamptey, represented by Hajiya Amina Abdrahman advised students to create focus group in schools, expose bullies and inform appropriate authorities when they experience or witness any form of violence.

Ms. Sharon Oladeji, representing United Nations Children’s Fund (UNICEF) stressed the need for all children to access education to protect them from being victims of violence.

Abubakar, also added that the Sexual Harassment Bill should not be limited to higher institutions alone, but be expanded to carter for all students in nursery, primary and secondary schools.

Similarly, Mr Danladi Plang, the National Programme Manager, Rule of Law and Anti-corruption (RoLAC), reiterated the commitment of the organisation in eliminating all forms of violence against women and girls.

Plang encouraged members of the public to speak out, seek immediate help when faced with any form of abuse or violence to ensure perpetrators were prosecuted.

Assistant Inspector-General of Police (AIG), Aishatu Abubakar, the highest ranking female officer in the Nigeria police reiterated the commitment of the police in ensuring all cases of violence were investigated and prosecuted to serve as deterrent to others.

Newsmen report that the highlight of the occasion was the distribution of menstrual hygiene kits, school bags, bicycles and other gifts to 10 schools across the FCT.