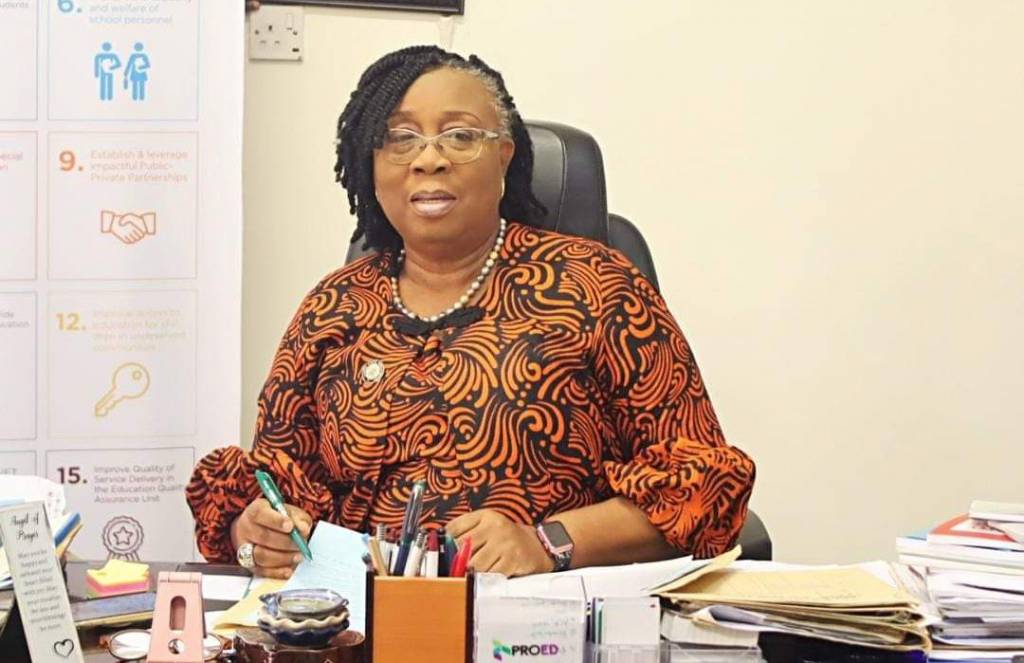 The Lagos State Government has reaffirmed its commitment to improving Basic Education in the State, highlighting the various programmes and initiatives introduced by the government to ensure that learning is accessible to all children across the State.

The Commissioner for Education, Mrs. Folasade Adefisayo, maintained that the administration of Mr. Babajide Sanwo-Olu will continue to explore various avenues to make the school environment conducive for learning as this will assist in the development of the children, making them academically sound and motivated to compete with their peers across the globe.

Mrs. Adefisayo described the feat attained by Wahab as well deserved, recognising his significant contribution and role towards improving basic education of the State in line with the Education and Technology Pillar of the T.H.E.M.E.S Agenda of Governor Babajide Sanwo-Olu’s administration.

According to her, the Executive Chairman has ensured a progressive implementation of the EKO EXCEL programme across all primary schools in Lagos to enhance teaching and learning outcomes.

Her words: “Through this initiative, our teachers have been equipped with skills to deliver value, while our pupils are empowered with the requisite knowledge that comes with improved education, thereby sustaining the growth of Lagos State as a leading knowledge-driven city and economy of the World”.

The Commissioner also identified the role of Alawiye-King in reducing the number of out-of-school children and strategies adopted to ensure that no child is left behind, wishing him a successful and impactful tenure as he serves in this additional capacity.

Mrs. Adefisayo has also assured Lagosians that the State Government will continue to improve school infrastructure, increase the capacity of its manpower and sustain the demands as well as expectations of the 21st Century primary education system.