GTBank records reduced profit after tax, as curtain winds down on Segun Agbaje 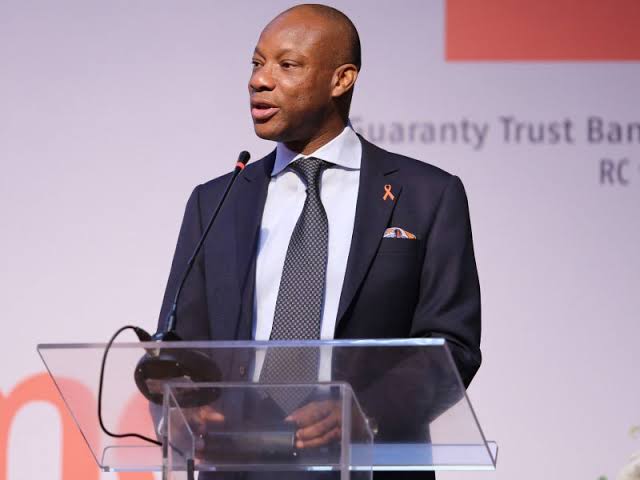 The first quarter of 2021 didn’t augur well for Guaranty Trust Bank, as the financial company reported declining earnings amid winding down of Segun Agbaje’s tenure as Chief Executive Officer.

In the first three months of 2021, the company’s Net Interest Income fell to N52.43 billion, falling short of the N64.28 billion GTBank recorded during the corresponding period of 2020.

The decline had occured due to the dip in the interest income and interest expense. Interest income stood at N55.12 billion in Q1 2021, against the N75.36 billion the company reported in Q1 3020.

While the Interest expense reduced to N7.87 billion in the first quarter of this year, in contrast to the N12.75 billion GTBank recorded during the same period in last year first quarter.

The profit before tax and profit after tax were not different, as the commercial bank reported losses in both categories according to the financial statement of Q1 2021 seen by Ripples Nigeria.

Profit before tax declined to N53.63 billion at the end of the first quarter of this year, failing to surpass the N58.20 billion the bank reported during the corresponding period of Q1 2020.

In the earnings report of the Agbaje-led bank, it was stated that N45.54 billion was recorded as profit after tax in the first quarter of this year, settling below the N50.06 billion that was generated in Q1 2020.

Ripples Nigeria had previously reported that Agnaje was expected to exit his managerial position last year fourth quarter, but the investment banker had remained in the seat for more than four months after.

He had announced last year that GTBank was looking for his replacement in order for him to takeover the HoldCo once the restructuring into a holding company is completed by the bank.

While he might not have exited his CEO position last year, he is still nearing the end of his tenure as GTBank’s head.