Cost of preparing Jollof rice in Nigeria up 7.3% amid insecurity, fuel scarcity 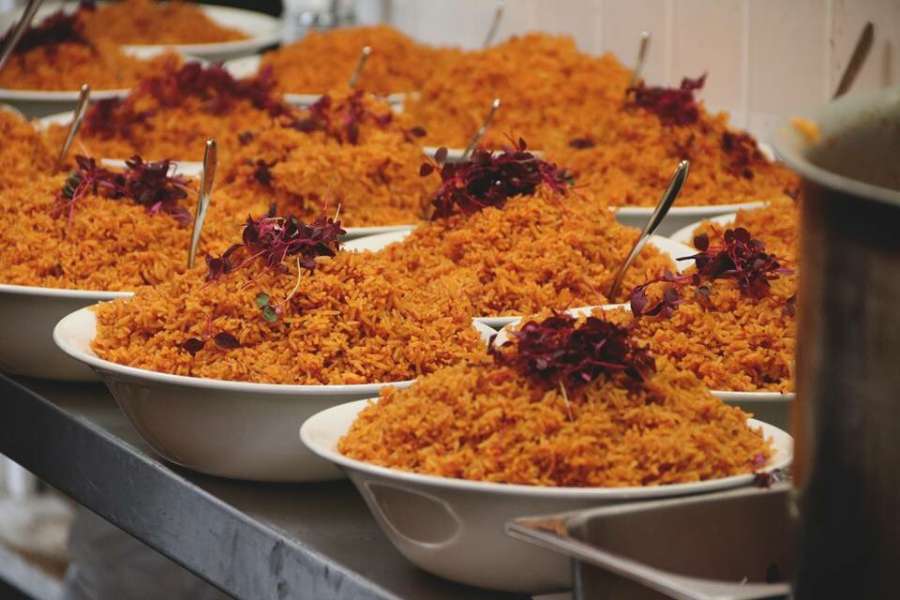 The 7.3 percent increase was recorded against the backdrop of rise in diesel prices, petrol scarcity, and heightened insecurity across the nation which drove food prices to a record high in the first quarter of 2022.

The jollof index captures food inflation in Nigeria by using a delicacy that is common to many households in the country — Jollof rice.

The research firm said it visited selected markets in the six geo-political zones of the country to determine prices of Jollof rice ingredients, adding that consumers complained about the hike in prices of beef, turkey and chicken.

“In the north-central markets, the prices of turkey, beef, and onions increased. The price increase in February and March can be attributed to the fuel scarcity which increased the cost of transportation of goods — some drivers had to spend the night at filling stations to be able to get fuel for their vehicles and others had to buy from black market vendors at higher rates,” the report reads.

The report said that food prices in Nigeria have risen to record levels in the last five years and Nigeria faces a food security crisis.

“In our previous Jollof Index, we have highlighted the causes, impacts, and policy solutions to the rising food prices in the country and the threat to food security,” the report said.

The organisation said that in the face of limited production due to insecurity, storage problems, and a growing population, the importation of food would increase, and at higher costs, because of restrictions on forex and the high black-market rates

Food price surges are now commonplace as even markets in the outskirts are also witnessing increasing prices, it said.

“The national average shows that prices rose in October and November, slightly declined in January, and began an upward trend in February and March,” SB Morgen said.

“The spike in October and November is attributed to the increasing demand for food items in anticipation of the holiday season in December. Rice and groundnut oil account for this increase as companies purchased end-of-the-year welfare packages for their employees.

“In October, diesel prices began inching up on the back of supply shortages, and this was augmented by continuous concerns about insecurity which has been keeping more and more farmers away from their farms.”