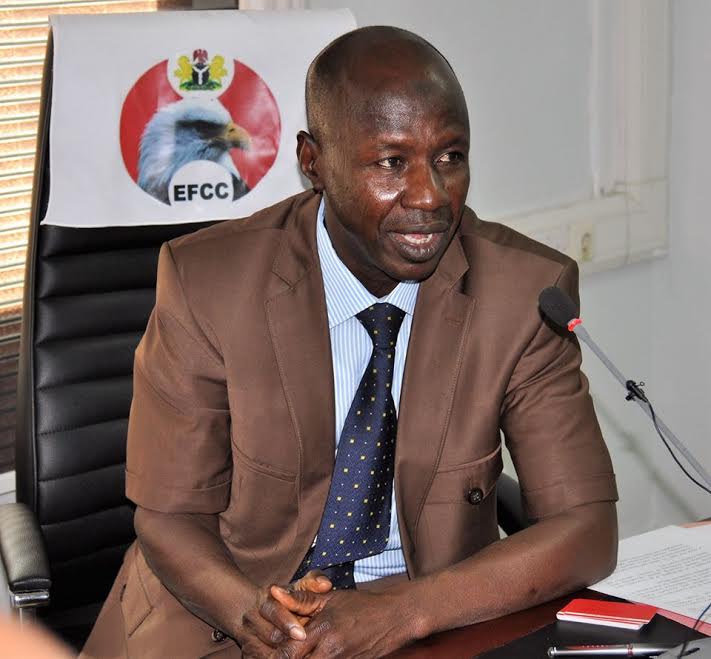 The suspended acting chairman of the Economic and Financial Crimes Commission (EFCC), Ibrahim Magu, has said the reports linking him to N550 million money laundering with which he allegedly bought property in Dubai in connection with Prophet Emmanuel Omale has now been refuted.

Counsel to Magu, Tosin Ojaomo, told BusinessDay on Monday that the concerned bank, a tier-2 lender, had testified before the Ayo Salami panel and apologised that the alleged transaction to the tune of N550 million was a mistake as no such amount can be traced to Magu.

The Salami panel, which was officially approved as a judicial panel of enquiry by President Muhammadu Buhari on July 3, is probing allegations of corruption levelled against Magu by Attorney General of the Federation and Minister of Justice, Abubakar Malami.

Ojaomo said the bank came to the panel and apologised for misleading the panel.

“So, there is no property bought with such amount of money by Magu as alleged. It is just a fabrication to tarnish the image of our client.

“The account belongs to a church and cannot be used to carry such amount of money. There is only N10 million in that account according to the bank. So, the world should know that there is no such amount in the account and Magu has not bought any property anywhere,” Ojaomo said.

The counsel also pointed out that President Buhari only directed the investigation of Magu but did not direct his suspension. He challenged those who allegedly concocted Magu’s suspension letter to produce such letter signed by President Buhari.

Meanwhile, President Buhari has given the Salami-led panel 45 days to submit a report after public sitting, according to sources at the Presidency. The president, however, did not make it clear if the number of days already spent by the panel so far would count as part of the 45-day ultimatum.
Magu was accosted on Monday, July 6, 2020, by men of the Department of State Services (DSS) and detained for nine days at the Force Criminal Investigation Department (FCID) before he was later freed.

Although Buhari’s letter approving the judiciary panel was written on July 3, 2020, its terms of reference and allegation against Magu were made available to him on Saturday, August 8.