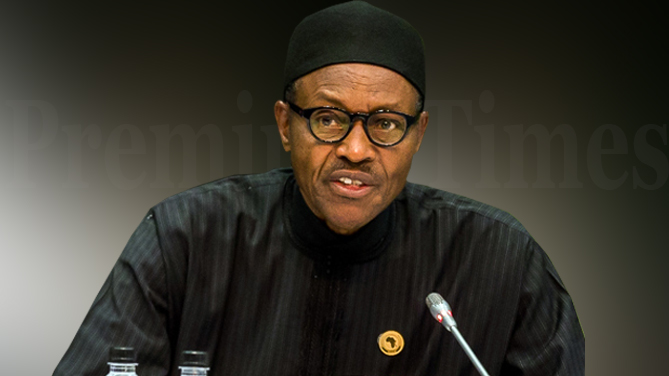 THREE years after approving N5 billion for Vehicle Financing Trust Fund, the Federal Government has failed to release the fund, investigation has revealed.

The fund is critical to the takeoff of the vehicle financing scheme that should enable Nigerians purchase new vehicles with ease.

The scheme is part of the five-point comprehensive programme of the National Automotive Industry Development Plan (NAIDP) to promote local production of vehicles and their parts.

In 2019, the Director-General of the National Automotive Design and Development Council (NADDC), Jelani Aliyu, explained that the Federal Government approved the sum of N5 billion to be injected into the trust fund in a bid to provide money for soft loans at six to eight percent interest rate and a spread of many years payment plan for Nigerian citizens as means of building the country’s capacity to purchase new and made-in-Nigeria vehicles.

However, checks by the Nigerian Tribune revealed that years after the approval was given for the fund, the Federal Government is yet to authorise its release.

Jelani, who spoke at the Commerce and Industry Correspondents Association of Nigeria (CICAN) conference in Abuja, revealed that the N5 billion was approved for the takeoff of the financing scheme to boost local production of vehicles in the country.

He said the scheme was to commence service in early 2020 and “will be available only for made-in-Nigeria vehicles. We will also ensure that only those who have stable monthly income access the funds”.

Aliyu noted that giving access to vehicle financing was an important step torwards supporting the capacity of local manufacturers in the country.

With many policies left unimplemented and promises left unfulfilled, Nigerian government continues to lose more than $8 billion per annum to importation of vehicles.

Eight years ago, the Federal Government initiated the Nigerian Automotive Industrial Development Plan (NAIDP) which was applauded in many quarters to be the solution to the dormant automobile sector with huge potential to contribute significantly to the GDP of the country and also provide many direct and indirect jobs.

Though the policy has not yielded the desired results as the automotive production capacity is yet to scale up and close the gap of importation, the NADDC has many  times reaffirmed the council‘s commitment to creating pragrammes that will foster the implementation of the policy.

Years ago, the director-general of NADDC, Jeleni Aliyu, met with the governor of Katsina State, Aminu Masari, to discuss on areas of cooperation as the council plans to develop a mechanic village in Katsina.

At the event, Aliyu said that the automobile sector had the capability to provide thousands of direct and indirect jobs, but lamented that over $8 billion was being spent by Nigerians to bring in automobiles from overseas every year.

The DG stated that the council was building three automotive industrial parks and three automotive testing centres in Zaria, Enugu and Lagos as part of the many programmes of the agency in pushing for an industrialised auto sector in Nigeria.

Apart from new licences issued for the construction of assembly plants, the council announced three years ago that the agency would roll out a financial scheme that would afford Nigerians the opportunity to purchase vehicles with only 10 percent of the total market price of the vehicle, and a window of many years to pay the remaining balance at an interest rate of six to eight percent.

“In other nations, when you want to buy a vehicle, you go, you put down 10 percent to 15 percent of the total money, you drive off with the vehicle and you pay for it for a number of years at just six percent interest rate, but that is nonexistent in Nigeria,” he said.

He faulted the existing financing scheme in the country, stating that, “When you have vehicle financing system with interest rate of about 20 percent, it is high”, adding that the council  had concluded plans with three indigenous banks to enable access to vehicle  financing at low interest rate.

“In about a month and half, we will roll out the vehicle finance scheme so that Nigerians will be able to put in maybe 10 percent or less and drive off with the vehicle and pay over a couple of years at just six to eight percent interest rate.”

The Automotive Industry Bill was passed by both chambers of the National Assembly late 2018 and it is said that President Muhammadu Buhari declined assent to the bill.

Many are of the view that when the bill is assented to, it will open doors of investment into the sector.

Basically, the automotive industry has three requirements for production, the metal components which include iron and steel, aluminium, copper, lead, zinc, and magnesium, while the electrical electronics components of vehicle manufacturing need plastics, rubber, glass and textile and the non-metal aspect requires paint and chemicals.

Many of the component requirements needed for local production can be sourced in Nigeria.

While government was quick in taking steps forward to end importation, the haphazard implementation of the policy in some areas has now caused hardship to the country.

Few years ago, the country imposed 70 percent levy on new vehicles as a way of discouraging importation with the hope that more assembly plants were going to come on stream to close the importation gap. But as the implementation of the policy lingers and with economic downturn in the country, vehicle dealers are boycotting the ports afraid of high levies and have resorted to smuggling.

In 2016, the former director-general of NADDC, Mr Aminu Jalal at the third annual mPAD  & Nigeria manufacturing expo in Lagos said the council had set up a programme to curtail smuggling and goods diversion on the imposition of protective tariff and levy.

He noted that “Smuggling of second-hand vehicles and the lack of reliable data make the exact size of Nigeria’s vehicle market and fleet size difficult to quantify. Challenges concerning the licensing and identification of vehicles further contribute to this difficulty.

According to a PWC report, the new tariff regime coupled with the depreciation of the naira has led to prices doubling between 2014 and 2016 to 2021 resulting in over a 60 percent decrease in vehicles sales.

It is hoped that when the auto industry bill becomes law, it will foster, rapidly, the development of the auto sector, open door for investment, create huge employment opportunities and also contribute significantly to the GDP of the country.