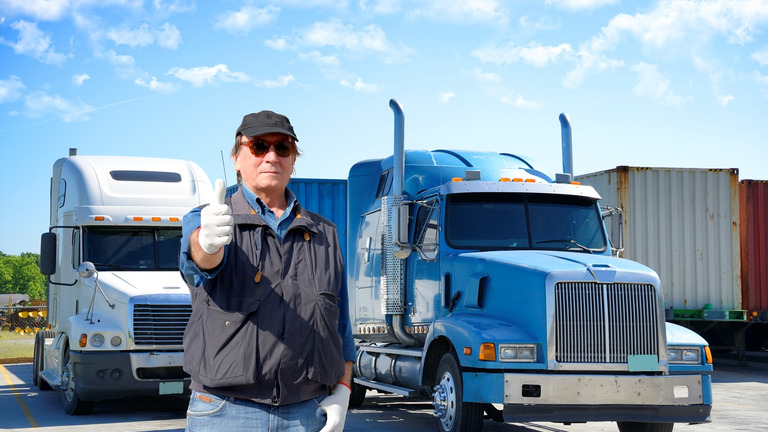 NARTO has accused a construction company of frustrating the electronic call-up system recently introduced by the NPA.

Truck drivers under the aegis of the National Association of Road Transport Owners (NARTO) have accused Hitech Construction Company Ltd, a construction company rehabilitating the Apapa-Oshodi Expressway, as being part of the impediments frustrating the electronic call-up system recently introduced by the Nigerian Ports Authority (NPA).

This is coming after the Lagos State Government had accused some truck drivers and powerful individuals of trying to frustrate their efforts to clear the trucks and tankers off the roads on the Apapa axis.

According to a report , this disclosure was made by the Vice-Chairman, NARTO, Dry Cargo Section, Abdullahi Inuwa, who sought government intervention on the Tin Can stretch of the port access road.

On the status of the oil tankers which were previously seen on the Tin Can axis on Tuesday, Inuwa said the Lagos taskforce had begun to clear the road on Thursday.

He said, “There is progress every day. I learnt that it was not up to an hour that the task force came to mile 2 to clear some of the trucks along Tin Can axis.”

This is to also help complement the drive for a business-friendly and secure environment for port business in Nigeria.

During the implementation of the new system, all trucks doing business at the ports will be required to park at the approved truck parks until they are called up into the port through the Eto app.

The Lagos State Governor, Babajide Sanwo-Olu, while explaining how his administration in partnership with the NPA and other stakeholders in the maritime sector was able to get the heavy articulated vehicles off the road around the Apapa axis, warned that the state government would resist any attempt by individuals and maritime operators to reverse the progress being recorded along the Apapa corridor.

He had vowed to publicly name and shame prominent Nigerians behind the gridlock situation in Apapa and environs.