‘There is hope for our youths’ 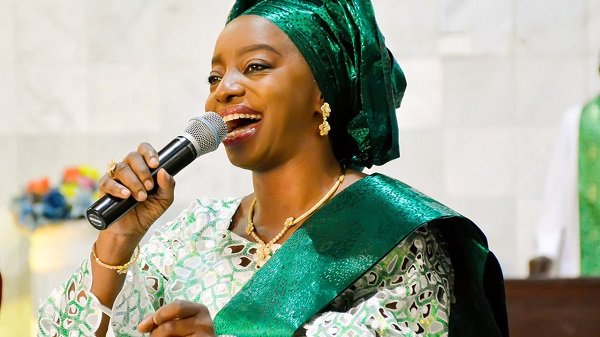 Efforts by the state government and the research and innovative directorate of the Lagos State University, LASU, to strengthen Micro, Small and Medium Scale Enterprises, MSMEs, have shown  that there is hope for the youths  to be  innovative and be fulfilled in life.

This was stated by the wife of the Lagos State Governor,  Mrs Ibijoke Sanwo-Olu, during the 2nd  LASU Research Fair in Lagos on Tuesday.

Mrs Sanwo-Olu,  the chairperson on the occasion, said taking advantage of the various opportunities in the MSMEs was a way for the young ones to escape from poverty.

This is just as the Lagos State Commissioner for Finance, Dr Rabiu Olowo, said the state government has supported over 11,000 small businesses with over N7 billion through its investment trust fund.

Mrs Sanwo-Olu, while praising  the university for the event, added that small businesses were the engines of national economy.

“The theme of this year’s fair: “Innovation Products and Design For Micro, Small and Medium-Scale Enterprises (MSMEs),” is very appropriate at this time. In the global economy, there are indeed global brands and large conglomerates but they are not the engine rooms of national development. The catalysts of national development are the MSMEs which contribute as much as 48 per cent of Gross Domestic Product (GDP) in Nigeria.

“As part of measures to enhance profitability of MSMEs in line with the vision of the present administration of Mr Governor, Babajide Olusola Sanwo-Olu, the Lagos State Government launched its MSME hub and hosted the 5th Edition of the Micro Small and Medium Scale Enterprises (MSMEs) Exclusive Fair. The programme was designed to equip the MSMEs with the survival strategies to beat the odds thrown up by the unanticipated and unexpected crisis brought about by Covid-19 pandemic,” she said.

The Vice Chancellor, Prof. Olanrewaju Fagbohun, said the event was necessitated by the need to wake up the latent entrepreneurship ideas in the students and staff of the school.

He described MSMEs as the pillars of national economy.

He also advised them to be ready to innovate, without which they would not go far.

The Chairman of the Governing Council, Prof. Adebayo Ninalowo, lauded the VC for his sterling performance in office.