Subsidy: It’s impossible for Nigeria to consume up to 70 million litres a day – Saraki 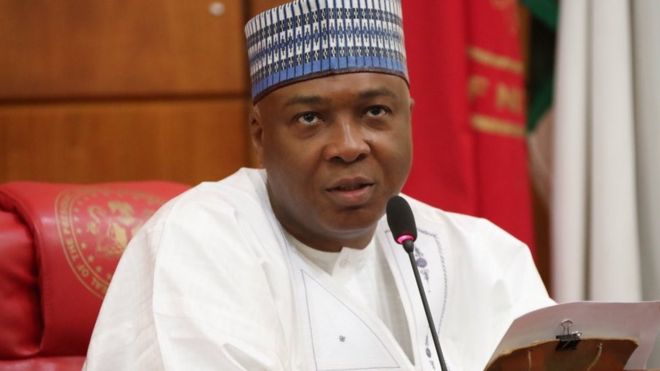 The former Senate President disclosed this in an interview with Channels TV on Sunday evening.

This comes as President Muhammadu Buhari transmitted the 2022 Appropriation Act (Amendment) bill to the National Assembly last month, where the FG earmarked the sum of N2.557 trillion for fuel subsidy following the suspension of the implementation of the policy by the federal government.

He stated that he has seen the fuel queues situation in Nigeria and acknowledged the frustration of Nigerians dealing with the fuel scarcity, hinting that “it doesn’t need to be like this.”

He added that in 2011, when the FG said Nigerians were consuming 30 to 35 million Litres a day, “we said at that time that it was too much, we took steps and made recommendation and the then government under the Ministry of finance, of Okonjo Iweala, took certain steps that resulted in government seeing reduction in subsidy by about $500 million.

“Now today, saying we are going to spend N3 trillion, is definitely not adding up,now i am told we consume 70 million lites a day, it’s not possible.”

He warned that Nigerians cannot be cannot be consuming more than 30-35 million litres, as there is no doubt that those litres of fuel are going across the border, and the government is turning a blind eye.

“it is not possible for us to consume that amount and for us( Nigeria) to be helpless and say it’s being smuggled to West African nations, we can’t do that, we must look at what Nigerians are going through,”

He added that in 2016, when he was Senate President, his administration, had been able to find a solution to this, with the former Minister of state for petroleum, Kachichukwu with the leadership of the National assembly, citing that they sat down and got out of the mess “we were able to get out of subsidy, I do not know what happened later when it was reversed,  even if we have to have fuel subsidy, 50% of this cvan be saved, there is no way we are consuming 70 million litres a day.”

He warned that Nigeria is spending up to N6 trillion (subsidy spending),  because a select few may be benefitting, urging that this requires state capacity to solve, that cannot wait for 2023, and hold people accountable, “we must change the way it’s being managed, we must ensure the right people, the vulnerable people get it, not for us to subsidise our neighboring countries,” he warned.