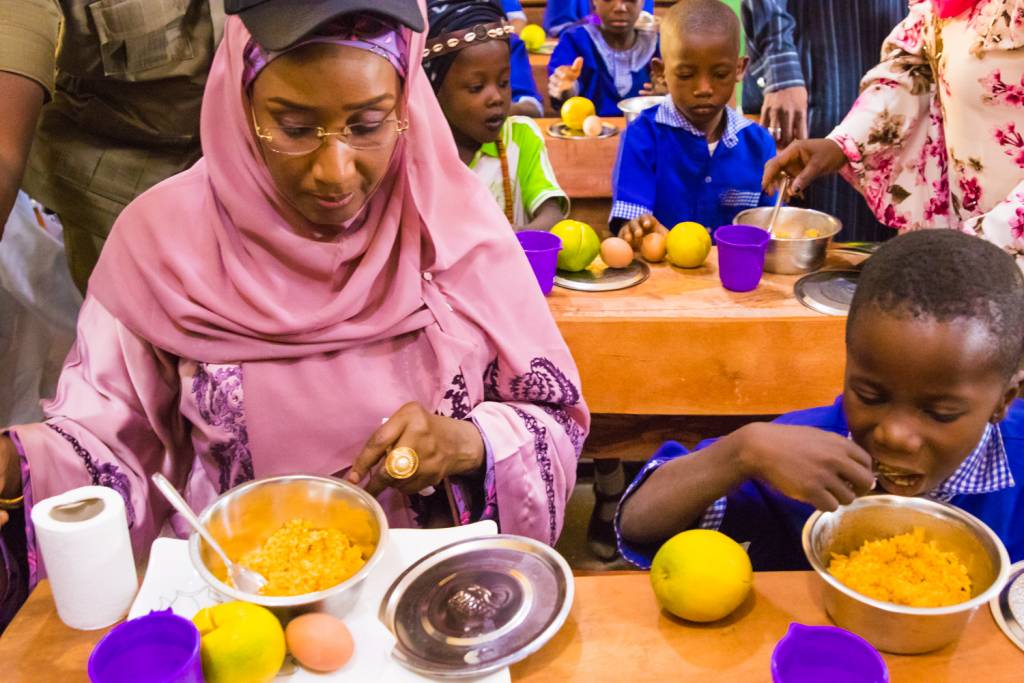 In 2016, when President Mohammadu Buhari-led government launched the school feeding programme, the idea was to address the growing number of out-of-school children, tackle malnutrition due to poverty among Nigerian children and their attendant consequences on education.

These, among other crises confronting education, especially poor school enrolment and retention of pupils at primary school level and the need to improve nutrition among school children, were some of the core mandates the National Home Grown School Feeding Programme (NHGSFP) was set to address.

From inception, the NHGSFP had the core objectives of increasing school enrolments, participation and completion, improvement of nutritional status of beneficiaries and stimulation of the local economy through the school feeding value chain, with over 127,000 cooks currently engaged in the programme, along with 100 aggregators mopping up protein items.

Also, thousands of other service providers in the school feeding value-chain are participating in the production, processing, preparation and delivery of these free meals to the targeted beneficiaries.

In 2019, the Ministry of Humanitarian Affairs, Disaster Management and Social Development was created with Sadiya Umar Farouq as minister.

With the appointment of Farouq as pioneer minister, different programmes hitherto handled by the office of the vice-president were transferred to the ministry, including the NHGSFP.

But, six years down the line, stakeholders have lamented that the scheme, instituted by the Federal Government under its National Social Investment Programmes (NSIP), has failed to achieve its set objectives, given the high rate of out-of-school children in the country and complaints from both pupils and contractors handling it.

Currently, Nigeria has the highest number of out-of-school children, with the COVID-19 lockdown, challenges of insecurity, especially in the north as well as poor implementation of the school feeding programme.

In 2021, there were 25 different attacks carried out on schools by bandits; while 1,440 children were abducted; 16 killed and 618 schools were closed in six northern states of Sokoto, Zamfara, Kano, Katsina, Niger, and Yobe over fears of attack and abduction of pupils and teachers.

“President Muhammadu Buhari took decisive measures by launching the NHGSFP, to fight the impact of poverty and its attendant consequences on children,” the Minister said.

According to the minister, apart from the fact that their implementation was designed to fully involve major stakeholders, especially state governments, the programmes were designed to specifically target sections of vulnerable Nigerians, including youths and children. NHGSFP’s main objective is to address the challenges of malnutrition among school pupils through one free nutritious meal daily in the school.

Under the school feeding programme, children are fed daily with nutritional foods, to tackle the challenges of malnutrition.

To implement the NHGSFP nationwide, Farouq said currently, over 10 million pupils are benefiting from the one free nutritious meal a day during the school term in over 53,000 schools.