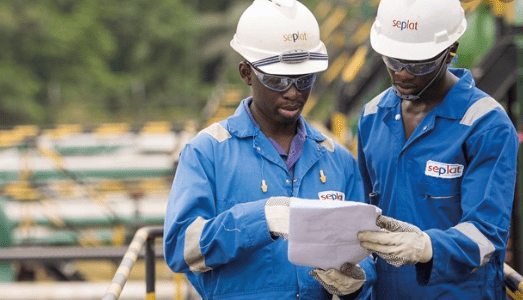 Nigeria’s biggest oil and gas company by market value Seplat Energy saw its net profit accelerate by 252.8 per cent in 2021 following a swing from a loss position the year before, the company’s audited earnings report issued on Monday showed.

Last year marked a turnaround after 2020 when the oil driller fell into loss for the first time in four years on account of the COVID-19 pandemic. It launched a resounding bounceback in the review period as the reopening of the world economy eased the path of recovery for oil.

Seplat’s revenue, 84.3 per cent of which came from crude oil sales, grew by over a half to N293.6 billion compared to its figure for 2020, according to the document published by the Nigerian Exchange.

Although revenue rose to its record level ever, a steep climb in the firm’s cost of sales to an all-time height of N179.4 billion left after-tax profit significantly subdued at N46.9 billion.

That, for instance, compares with 2019, when turnover was much weaker at N214.2 billion but cost of sales was a little more than half of 2021 level and net profit was N85 billion.

“Our 2021 performance was affected by outages at Forcados Terminal that will no longer have such an impact when we switch to the new Amukpe-Escravos Pipeline, which we expect to launch in March,” said CEO Roger Brown.

“This is part of our strategy to diversify and derisk routes to market, assuring higher revenues from significantly better uptime and lower reconciliation losses.”

Seplat, listed in Lagos as it is in London, is executing several expansion projects as well as acquisition deals some of them on a grand scale, the most recent being last week’s pact with Exxon Mobil to take over the latter’s Nigerian shallow water assets. The big-ticket transaction estimated at $1.3 billion could ultimately jump to $1.6 billion and is set to nearly treble the firm’s daily output.

Profit before tax for the period under review stood at N71 billion in stark contrast to the loss before taxation of N28.9 billion reported for the previous year.

Profit after tax was N46.9 billion relative to the N30.7 billion loss after tax posted a year earlier.

Seplat has said it would pay shareholders a cumulative final dividend of $14.7 million ($0.025 per share), translating to a total dividend of $29.4 million for 2021, hoping to table the proposal for approval at its forthcoming annual general meeting.