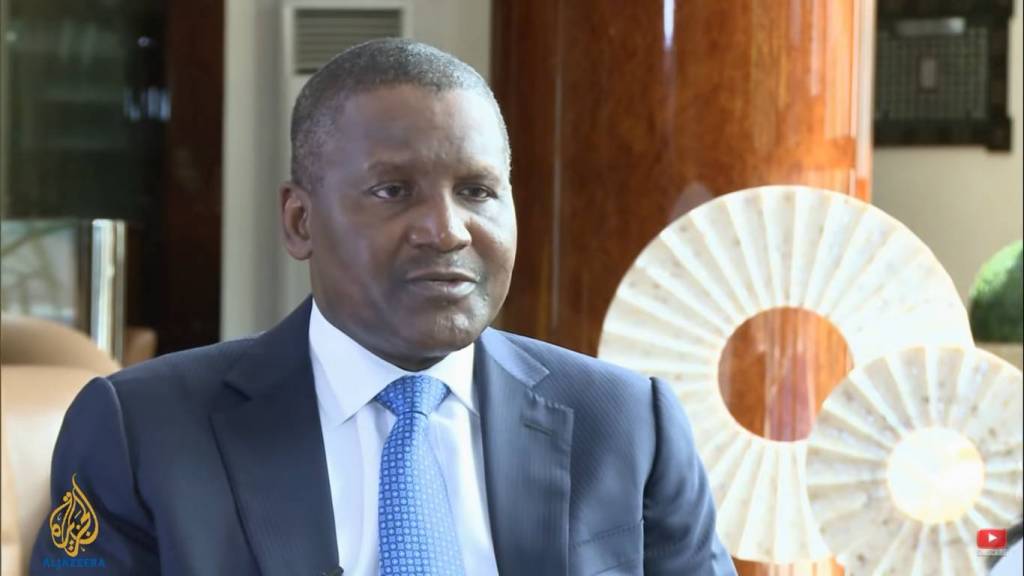 Russia’s richest man, Vladimir Lisin, has fallen out of the top 50 wealthiest people in the world, and is set to be overtaken by Africa’s wealthiest man, Aliko Dangote in the coming month, if Lisin’s current loses continues.

Lisin fell 40 places on the list, occupying the 88th position, against the 48th spot he held on February 25, 2022, a day before Russian army invaded Ukraine, after weeks of tension between both countries.

The fall of the richest man in Russia was accompanied by a loss of $9.7 billion within three weeks, knocking his networth significantly down to $17.7 billion, from the $27.4 billion Lisin had in February.

Lisin’s loss reflects the impact of the United States, United Kingdom and their allies’ clampdown against Russian oligarchs and sanctions against Russian economy, which continues to bite.

His decline on the list puts him close to Aliko Dangote, whose was occupying 126th position at the time Lisin was 48th richest person in the world.

Considering the rate of Lisin’s fall, the possibility of the African billionaire overtaking him is now high, even though Dangote’s fortune has recorded sluggish growth during the period.

Prior to the Russian invasion, Dangote’s fortune was $14.1 billion, it fell to $13.9 billion, but that wealth has managed to grow back to $14 billion according to today’s Billionaire Index by Forbes.

So Lisin is expected to lose his position based on significant decline in his wealth, not significant growth in Dangote’s fortune, considering he lost a whooping $355 million at the end of Monday’s business hours.

This comes after the African billionaire overtook the second richest man in Russia, Alexey Mordashov. On February 25, he was ranked 56th richest, but Mordashov is now placed at 135, below Dangote, who is now occupying the 128th spot.

Mordashov’s networth was $25.8 billion a day after the invasion in Ukraine, but since the war started, he has lost $12.6 billion as Russia’s currency, Ruble, loses value. Mordashov is now worth $13.2 billion.