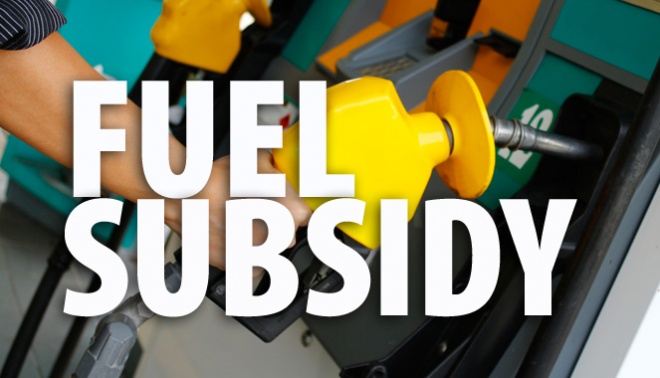 The leap in price was attributed to a combination of factors, including the declining oil inventory, due mainly to rising demand driven by the reopening of businesses after many months of Coronavirus lockdown.

Consequently, Nigeria, which budgeted to produce 1.8 million barrels daily and between 300,000 – 400,000 barrels of Condensate, which also attracts high premium like Bonny Light, expects to generate much revenue into its Excess Crude Account, ECA, a special account established to hold oil revenues in excess of the budgeted benchmark.

Meanwhile, there were fears that the rising crude price could push petrol subsidy to about $16 billion per day.

Speaking to  Vanguard, on the developments in the oil market, Lead promoter,  EnergyHub Nigeria, Dr Felix Amieyeofori, said: “Inventory is getting lower as the global economy begins to pick up despite the Omicron variant. Already, some major economies are relaxing lockdowns.

“Generally, the global economy will continue to grow in 2022 with increasing vaccinations. That will also increase demands for more energy input. However, 2022 will also see more actions on Net Zero Emission Projects as the   Conference of the Parties, COP27, is set to put more commitment and enforcement on Net Zero Emission obligations. Regardless, fossil fuel will continue to drive the global industry in 2022 with prices hedging toward the $100 mark.”

Amieyeofori, who noted that the subsidy decision might have been fueled by political considerations, said: “Nigeria is in an election year with a transition government that would want to keep Aso Rock for the ruling party. A lot of discipline will be required to respect the principles of excess crude account policies. Also, the country continues to rely on external debt which has increasingly taken a toll on our revenue for debt servicing.   I do not, therefore, see a ballooning excess crude account in 2022. However, we will see a significant jump in the reserves.

“Well, since we will continue to import, of course, that will significantly impact on the landing cost under a $100/bbl crude price. That will further require a greater subsidy of the product.   And given an election year, I see the government playing the ostrich to satisfy the public.

“I would not want to go into an argument with the government because they keep the numbers, however, if we have to jump from 35 million to 60 million to 103 million litres without a significant impact on the economy, then, it is doubtful. This is because of the per capita consumption without equivalent per capita economic growth across the sectors.”

He added: “We should expect most things to be done in the spirit of ‘politicking’. But it is advisable for the government     to focus on developing the nation’s economy while providing for the welfare of its citizens.”

Checks by  Vanguard showed that the Farouk Ahmed-Nigerian Midstream and Downstream Petroleum Regulatory Authority, NMDPRA, currently performing the roles of the defunct Petroleum Product Pricing Regulatory Agency, PPPRA, has not been publishing data to guide operations in the domestic market.

But analysts, who spoke with  Vanguard said a bulk of the oil revenue would go into funding the nation’s petrol subsidy, which the government has estimated to spend N3 trillion in 2022.

For instance, in an interview with  Vanguard, National Operations Controller, Independent Petroleum Marketers Association of Nigeria, IPMAN, Mike Osatuyi, said at the current over $91 per barrel and exchange rate of N575 to a US dollar, the landing cost has risen to N389 per litre, from less than N360 in recent times.

He said that when the N19.16 margins, including transport, retailers, bridging, marine and administration charges were added, the total cost rose to N408 per litre, leaving under-recovery or subsidy at N243 per litre as the government continues to peg the pump price at a maximum of N165 per litre.

We have mortgaged our future  —-11 Plc

Also, the former Chairman of Major Oil Marketers Association of Nigeria, MOMAN and managing director of 11 Plc, Adetunji Oyebanji, said: “We have chosen to mortgage the future to avoid discomfort for today. There will be a price to pay to start with a huge budget deficit in 2022. That will lead to inflation, higher borrowing costs and devaluation.”

In any case, a Port Harcourt-based energy analyst, Dr Bala Zaka, said: “The government had withdrawn subsidy in diesel and kerosene before with the hope that it would positively impact on the nation and its citizens. But it did not make a positive impact.

“In fact, the removal of subsidy on kerosene made many households shift to cooking gas. As the households were increasing their coking gas consumption, the price of the product increased, mainly due to the imposition of the Value Added Tax, VAT.

“Now, many households are taking to increased utilisation of firewood, which promises to culminate in further deforestation, erosion and desertification of our environment.

Recently, the Minister of Finance and National Planning, Zainab Ahmed, had disclosed that the federal government decided to suspend its plan to remove fuel subsidy because of the negative impact it would have on its citizens.

She had stated: “So, even as the government is not immediately removing the fuel subsidy, we have to make sure that what the nation is incurring is efficient, and that it is a real cost that has been consumed by the country.”

In the meantime, based on the 65.7 million litres daily national demand used by the Minister of Finance and N243 subsidy per litre provided IPMAN in this report, the nation’s daily commitment would amount to N16 billion daily.