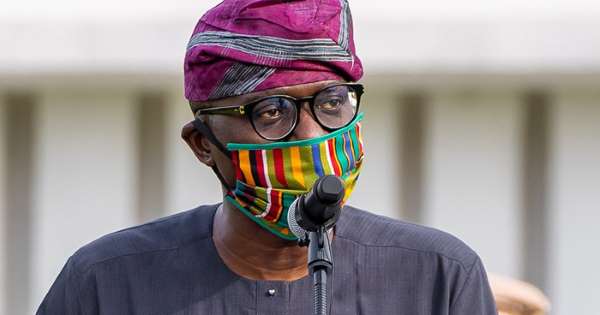 All is now set for schools to resume for educational activities today for first and second term academic calendar across the country.

The Federal Government, through the Presidential Task Force (PTF) on COVID-19 Control, announced in December that schools should not reopen for the second term, following the second wave of Coronavirus.

But, states last week forced the Federal Government to agree to reopening the schools despite lack of the neccesary protocols in place like hand washing platforms, sanitisers and social distancing in most schools.

As the schools resume today, our correspondents sent in reports on plans for the reopening in some states.

Edo, Kaduna, Imo and Anambra states have, however, deferred resumption to later dates.

The Lagos State Ministry of Education also yesterday issued a statement on the plan to monitor resumption and compliance with COVID-19 protocols. The Federal Capital Territory Administration (FCTA) also warned the management of private and public schools to strictly adhere to established safety protocols in the wake of the COVID-19 pandemic.

“In a bid to monitor schools’ resumption and the COVID-19 protocol guidelines compliance, the Commissioner for Education will be visiting some schools around Agege Axis as early as 7.30am tomorrow. Places like Surulere, Ikeja, Agege and Igando will be covered,” he said in a statement.

Barring any closure as a result of the COVID-19 pandemic, the second term of the 2020/2021 academic session in the state will last for 61 days for both public and private schools.

According to the revised calendar for the 2020/2021 academic session released by the Office of the Education Quality Assurance (OEQA), the second term is meant to run from today to April 30. The mid-term break has been scheduled for March 4 and 5. There will also be two public holidays – Good Friday on April 2 and Easter Monday on April 5.

Resumption for the third term has been scheduled for May 4, while the term is to terminate August 6.

Schools have been directed to strictly follow the timetable.

Also yesterday, the Lagos State University (LASU) said students of the institution will resume today to begin their examinations.

The university has directed that students should only come to the campus when they have papers to take.

A circular from the University’s Directorate of Quality Assurance stated the protocols the students are expected to follow.

In a statement issued by the FCTA Education Secretariat’s spokesman, Kabiru Musa, schools in the FCT were directed to resume with total compliance with COVID-19 protocols, school resumption guidelines and checklist earlier released for FCT schools.

Musa explained that the Ag. Secretary and Director, Administration and Finance, Mal. Leramoh Abdulrazaq said: “The Education management has always placed the safety of the staff and students as a priority as they return to their various schools for the new academic term after the festive break and has gone ahead to ensure necessary modalities are worked out for safe resumption amidst the second wave of Covid-19.”

The Acting secretary added that school authorities have been directed to leave no stone unturned to ensure that staff and students complied to all laid down rules and regulations while making use of all items already provided and close every gap for the beginning of full academic activities in the schools.

Plateau State Commissioner of Information Dan Manjang said schools will resume today without any delays as directed by the Federal Government.

“The state government will do all we can to ensure the safety of our students in both public and private schools,” he said.

Manjang, who spoke to our correspondent, reaffirmed the earlier directives that students in the state should resume today, urging parents, guardians and the public that the resumption date stands.

He also called on parents to comply with the directives so that their wards would resume in time for the beginning of the academic calendar, which had been released by the ministry.

Ekiti State Government yesterday ordered the resumption of the academic session in both public and private schools today.

The curfew earlier imposed on the state from 8pm to 6am was also relaxed to now begin at 10pm and end 6am. The ban on the gathering of more than 20 persons was also lifted to allow half capacity of venue for events indoors.

Information Commissioner Akin Omole, in a statement in Ado-Ekiti yesterday evening, stated that clearance must be obtained from the COVID-19 Taskforce for funerals, weddings, birthdays and other large social gatherings.

He explained that the decision to reopen schools was taken to avoid the negative impacts on child health, education and development.

The Edo State Government said the suspension of schools’ resumption is applicable to educational institutions in the state.

The government noted that the directive would be reviewed on February 1, when the outcome of efforts to check the COVID-19 in the state would be evaluated.

Secretary to the State Government, Osarodion Ogie, who stated these in a statement, said the state government is taking drastic measures to limit the spread of the virus and protect lives and livelihoods.

He said the government is collaborating with communities and organisations on enlightenment and enforcements of new measures to ensure the compulsory wearing of facemasks in public, use of handwashing stations, restrictions on religious and social gathering and new guidelines for operations of markets, hospitality and transport sectors.

In Kaduna State, the state government said schools should remain closed, excluding Kaduna Polytechnic and the National Open University, which requested for opening for students to write exams only.

The Permanent Secretary, Ministry of education, Mrs. Phoebe Sukai Yayi, stated yesterday that the state was yet to declare the exact date schools will open.

According to her, “We know that the Federal Government stated that schools can resume on Monday January 18, 2021, following the closure of schools last year due to the second wave of the COVID-19 increased cases.

“In Kaduna State, we have our own peculiar situation. Before now, we had the news through the social media that Kaduna State government had declared January 18, 2021 to be the resumption date, which we disclaimed.

“We want to make it categorical clear that Kaduna State government is yet to fix a date for schools’ resumption.”

Anambra State government said the resumption date for schools will be February 1 and not today as announced by the Federal Government.

Commissioner for Basic Education Prof. Kate Omenugha, in a circular to the schools, declared that only teachers and administrators would resume today.

She said every school, including the public, private and Mission, are to comply with the directive.

Omenugha maintained that before the students return to schools on that date, they must make sure that the COVID-19 protocols were in place.

Imo State Commissioner for Information and Strategy Declan Emelumba said the state government is still studying the situation and its plausibility to know whether or not to adhere to the Federal Government’s sanctioned resumption date, owing to coronavirus resurgence.

Commissioner for Education Prof. Bernard Ikegwuoha emphasised that schools in Imo State are bound to adhere to government’s regulations on the virus.

He noted that “any private school, including Mission schools, that go contrary to government’s directives, will be closed down because the concern of government is the effect of COVID-19 on Imo children, which do not differentiate between pupils or students of public schools and that of private schools”.

The state’s National Association of Private Proprietors of Schools (NAPPS) has established COVID-19 taskforce to complement the state government in a bid to check the spread of the virus in schools.