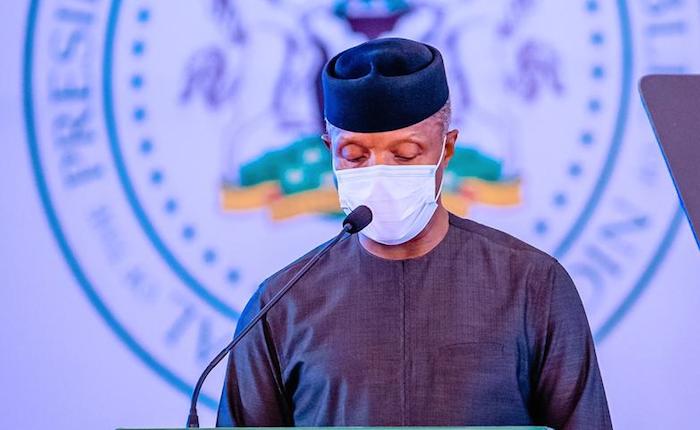 Vice President Yemi Osinbajo on Tuesday, harped on the need for promoters of enterprises to imbibe sound business ethics to enhance viability.

According to him, “The frequent clashes between conscience and wrongful behavior will eventually create a toxic work environment and destroy corporate objectives and

Osinbajo while speaking at the 2020 Annual Directors’ Conference of the Institute of Directors, noted how cutting corners and dishonesty ultimately brought down some huge enterprises

“This we have seen in the facts behind the collapse of many Nigerian financial institutions from the nineties to the more recent occurrences in 2009.

“Yes, it took a while for the institutions to unravel but the point is made that on the long run, unethical practices are unsustainable.

“Besides for quoted companies, the dangers of unethical behavior are much graver. Local and international investors have greater access to information and more options than ever before, the slightest whiff of scandal or malfeasance can destroy value built up over the years.

He called international examples of the collapse of companies thought to be too big to fail and brand names that had even once been associated with integrity and strong business ethics, saying that they represent “strong reminders of just how brittle edifices built on weak business ethics are”

“Today, every company’s stakeholders are far more than investors, management, or employees. They now include customers, clients, trade partners, suppliers, media, the general public, government and now, the environment.”

“According to a study which I came across, by Nielsen, 55% of online shoppers in 60 countries would accept paying more for goods or services from companies that are focused on having a positive impact on society and the environment. And it is becoming more so. People are paying more attention to good corporate citizenship.

The Vice President while noting that empirical evidence is beginning to match intuition more forcefully daily, insisted that “ the key is leadership”
“Leadership that believes the evidence and realizes that business ethics are not just moral preachments but important foundations for profitable and sustainable businesses in the 21st Century.