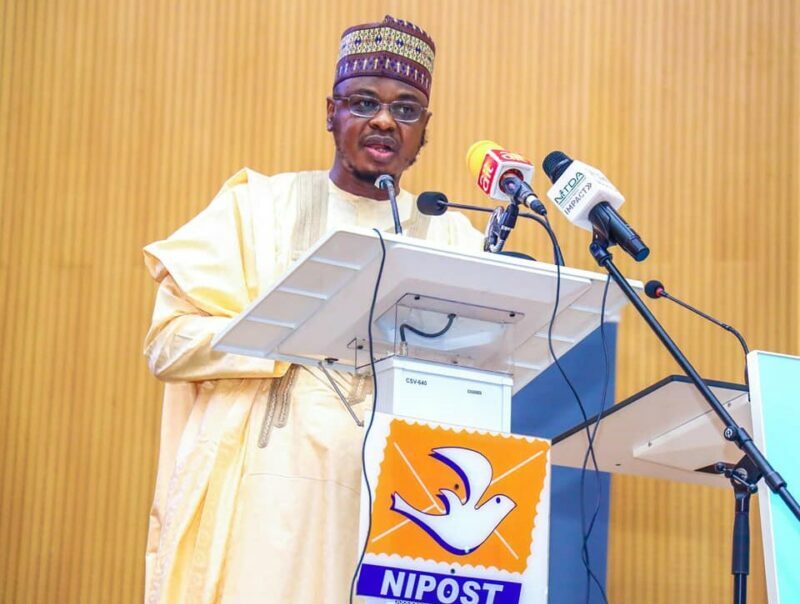 The Nigerian Postal Service (NIPOST) has launched its own e-debit card to be given free to every Nigerian at every NIPOST outlet.

The package comes with the unveiling of the new banking platform launched by NIPOST alongside 27 new logistics vehicles for courier services.

The development is part of its effort to improve financial literacy to every Nigerians and improving transparency in the digital space.

Speaking during the unveiling of the products, Isa Pantami, the Minister of Communications and Digital Economy said the development is in line digital economy for achieving a digital Nigeria as government looks to attain full digitization by 2030.

“It is the first of its kind in Nigeria because it works offline and online, and it is the first time that NIPOST has come up with a solution similar to this and it is indeed a multipurpose card for financial transaction, conditional cash transfer, payment of bills and many more,” he said.

Noting that NIPOST banking platform is an innovative solution to improving financial system, he said that the platform which will allow NIPOST to conduct financial transactions with Universal Postal Union (UPU) member countries is also in alignment with the proposal to come up with NIPOST Microfinance Bank.

“This is just like a pilot programme of another subsidiary of NIPOST that will come up soon, that is the NIPOST Micro Finance Bank in which we are to leverage on the existing infrastructure of NIPOST and make sure that our citizens all over the country as long as they have access to the post office, they will be able to conduct their financial transactions,” he said.

Ismail Adewusi, Postmaster-General of the Federation commended the development adding that the debit card is expected to boost financial inclusion nationwide on the basis of the fact that it will be given free.