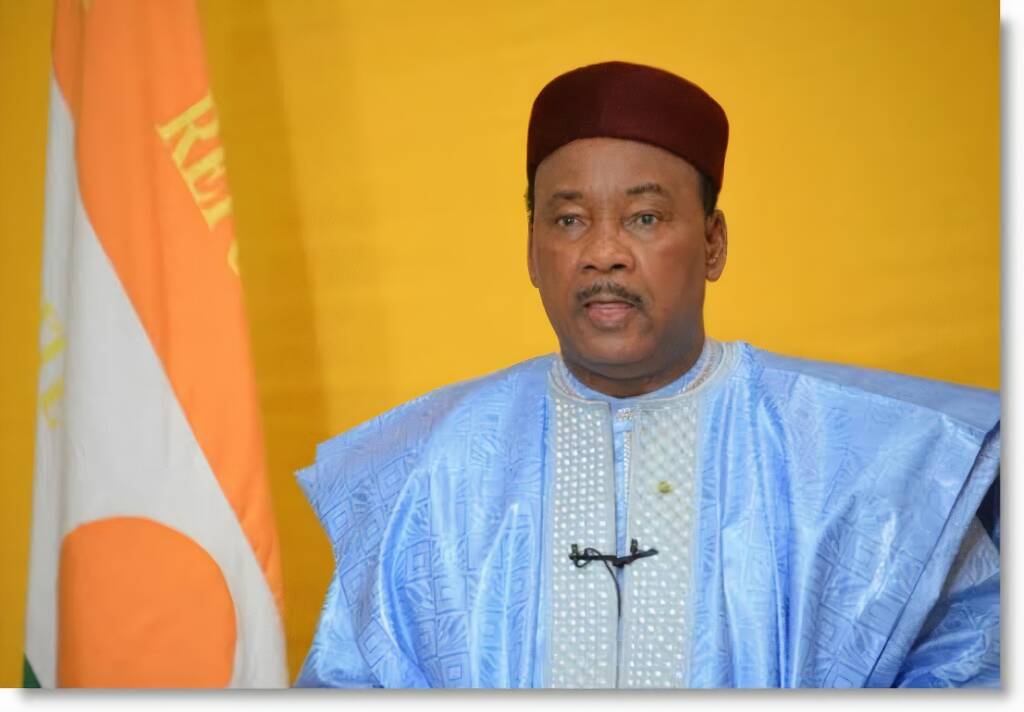 Niger’s President Mahamadou Issoufou, who is stepping down as president next month after two terms in office, has been awarded the 2020 Ibrahim Prize for Achievement in African Leadership.

Issoufou, 68, was announced winner of the $5 million prize by the Mo Ibrahim Foundation on Monday following a meeting of its independent Prize Committee.

The Prize Committee, in its citation, praised President Issoufou’s exceptional leadership after inheriting one of the world’s poorest economies facing seemingly insurmountable challenges. Throughout his time in office, he has fostered economic growth, shown unwavering commitment to regional stability and to the constitution, and championed African democracy.

“In the face of the most severe political and economic issues, including violent extremism and increasing desertification, President Mahamadou Issoufou has led his people on a path of progress,” said former Botswana President Festus Mogae, chair of the Prize Committee, who announced the decision.

“Today, the number of Nigeriens living below the poverty line has fallen to 40 percent, from 48 percent a decade ago,” Mogae said.

“While challenges remain, Issoufou has kept his promises to the Nigerien people and paved the way for a better future,” he said.

President Issoufou was first elected president in 2011 through democratic means following many years of military rule in Niger. He was elected for a second term in 2016 and will be stepping down next month, demonstrating his clear respect for the constitution. His decision to quit after two terms has enabled Niger to have the first democratic transition between elected leaders since it became independent from France over 60 years ago.

The sixth recipient of the Ibrahim Prize, which recognises and celebrates excellence in African leadership, President Issoufou joins Ellen Johnson Sirleaf of Liberia (2017), Hifikepunye Pohamba of Namibia (2014), Pedro Pires of Cabo Verde (2011), Festus Mogae of Botswana (2008), and Joaquim Chissano of Mozambique (2007) as an Ibrahim Prize Laureate.

Nelson Mandela was made the inaugural Honorary Laureate in 2007. The prize has not been awarded in some years because of a lack of a suitable winner.

The Ibrahim Prize, a $5 million award paid over 10 years, aims to distinguish exceptional leaders who, during their time in office, have developed their countries, strengthened democracy and protected rule of law for the shared benefit of their people. It ensures that the African continent continues to benefit from the experience and wisdom of exceptional leaders once they have left national office, by enabling them to continue their invaluable work in other civic roles on the continent.

Data from the 2020 Ibrahim Index of African Governance (IIAG) underline President Issoufou’s achievements. During his 10 years as president, Niger has made progress in multiple areas, including improving in all four sub-categories of Human Development. At the end of the decade, Niger ranked 28 out of 54 countries in the IIAG. It is among the 10 most improved African countries in strengthening socioeconomic opportunities for women.

“I’m delighted that the Prize Committee has made President Mahamadou Issoufou an Ibrahim Prize Laureate. He is an outstanding leader who has worked tirelessly for the people of Niger, meeting some of the region’s toughest challenges with determination and respect,” Mo Ibrahim said on learning the outcome of the Prize Committee’s deliberations.

“I am proud to see Issoufou recognised as an example of exceptional leadership and I hope his legacy will inspire generations of African leaders,” he said.

The candidates for the Ibrahim Prize are all former African executive heads of state or government who have left office during the last three calendar years, having been democratically elected and served their constitutionally mandated term.