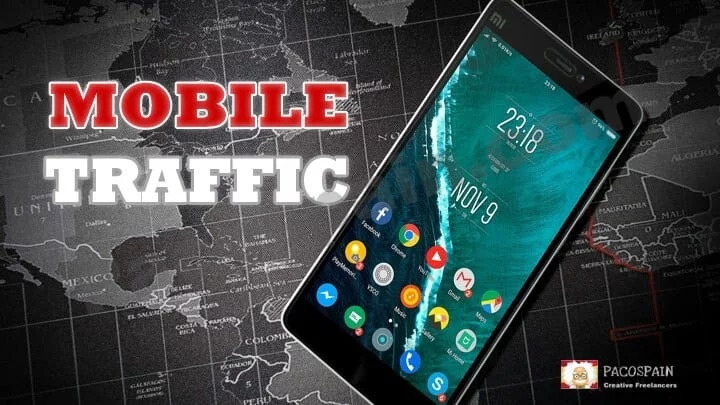 Nigerian smartphone users recorded the highest mobile web traffic in the world for 2021, as more internet population migrate from desktop and laptop to more convenient technology.

According to a survey carried out by StockApps.com, mobile phones accounted for 54.86% of global web traffic as of December 2021, up from the 4%-8% reported by the StatCounter.com in 2011.

Breakdown of the growth showed Nigeria led the pack of internet population accessing the web through mobile, accounting for 82.63%, to keep India at the second spot, as the asian country held 73.8% of the mobile web traffic.

Both Nigeria and India held sway over the usage of smartphone web traffic, controlling 20% of the global population, which averages 54.86% – reflecting developing countries displacing developed nations.

Turkey, with 68.52%, occupied the third position, while Singapore, China, and the United Arab Emirates (UAE) came next, but surprisingly, developed nations were stuck in the 40%-50% bracket.

Republic of Ireland was the only western country to rank above 54%, having accounted for 59.39%.

According to StockApps editor, Vyom Chaudhary, cheap data was fueling the rise of mobile web traffic among Nigeria and other developing countries.

“The disparity between different nations is down to multiple reasons. One of the major factors is the availability of cheap mobile internet in various developing economies.

“Furthermore, the relatively easier access to mobile phones over computers allows the former to become the preferred mode for internet users in developing economies.” Chaudhary said.