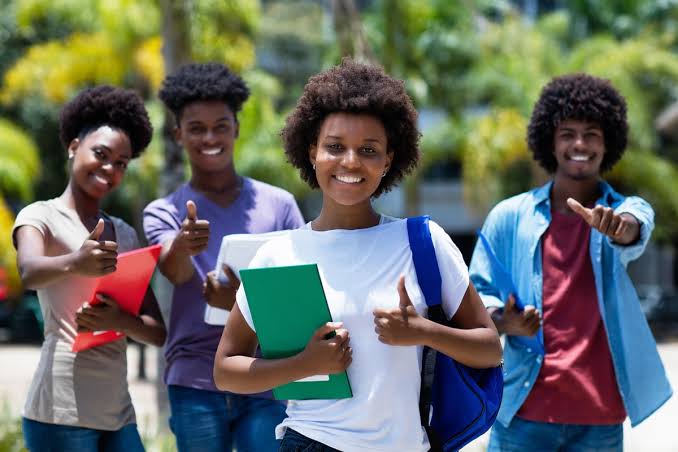 The Academic Staff Union of Universities, ASUU, has decried salaries of its members, saying that academic staff of Nigerian universities are being paid “slave wage”.

ASUU Chairman, Michael Okpara University of Agriculture Umudike, MOUAU, Professor Chike Ugwuene, who made the lamentation during a press briefing Tuesday at the university said that “a professor in Nigeria university earns less than $1000 per month”.

” The salary we earn today has been a slave wage relative to the stupendous take-home paid to National Assembly members and other political office holders”, he lamented.

He said that “academic staff of Nigeria universities have been receiving the same salary for the past 13 years” following the federal government’s refusal to review its 2009 agreement with ASUU.

Professor Ugwuene who was flanked by the Owerri zonal Coordinator of ASUU, Dr Uzo Onyebinama; and the former National Investment Secretary of ASUU, Professor, Charles Ononuju; accused the federal government of flouting its various agreements with ASUU.

” The federal government is a deliberate serial defaulter in terms of honouring its agreements. The FG is in arrears of several billions of Naira in terms of the NEEDS Assessment funds and the Earned Academic Allowance”.

ASUU regretted that the inability of the federal government to release in full the N30 billion EAA  it promised in 2021, had led to infrastructural decay and gross inadequacy of students hostels on campuses.

” Students and their sponsors are at the mercy of shylock landlords who take advantage of the gap to exploit our indigent students while the children of political office holders and their cohorts leisure in comfort in very distant universities outside of our shores at the expense of our commonwealth”, ASUU fumed.

The union further regretted that despite the obvious deficiencies of the Integrated Payroll & Personnel Information System ( IPPIS), the federal government had deliberately refused to adopt the University Transparency, Accountability Solution ( UTAS), developed by the union as a better alternative.

” In spite of numerous audit reports indicating that the federal government is losing billions of Naira to IPPIS, the vultures feeding fat from the blood of Nigerian workers whose salaries are omitted, mutilated or mangled at will by the operators of IPPIS who have continued on their campaign of calumny against UTAS.”

ASUU further challenged the federal government to publish the reports of various visitation panels to federal universities to expose the endemic corruption in the system.

” A Government that prides itself on its zero-tolerance to corruption, has wilfully refused to bring to bear, the corruption in the universities through the release of the authentic reports of the visitation panels”.

ASUU demanded accountability on how various funds were allotted to the universities through NEEDS Assessment interventions and Tetfunds.

The union decried non-reconstitution of Governing Councils of universities of Agriculture, which it said had been adversely affecting workers’ welfares.

It said that the promotion of staff had not been reflected in their salaries because of the debacle and called on the federal government to quickly reconstitute the governing councils.

ASUU warned that if the federal government failed to address the concerns raised by the union before February 12 when it would have its national executive meeting in Abuja, the union might have no option but to down tools indefinitely until all lingering issues were resolved.

“The drummers (FG) are beating the drums. The dancers (ASUU) are rehearsing to take the stage. If we take the stage we will remain there. ASUU has given the FG a benefit of doubt for too long”, he warned.