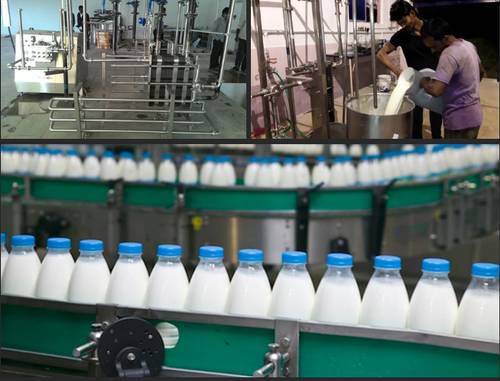 Despite reportedly having the 5th largest cattle herd in Africa, Nigeria in the first three months of the year spent over N27.664 billion importing milk.

The National Bureau of Statistics (NBS) made the revelations in its ‘Foreign Trade Statistics’ published on its website and obtained by Ripples on Tuesday.

In the report, the commodity, which is labelled “milk preparations containing vegetable fats/oils, powdered/granular, packings” indicated that the bulk of it was purchased from Ireland at N16.1bn, followed by Malaysia at N5.5bn, Germany at N4.8bn and France at N1bn.

Even though the figure was a N4 billion reduction from what was bought in Q4 2021, the reduction is not enough for the federal government to achieve its aim of banning the importation of the commodity this year.

The Food Organisation of the United Nations on its website noted that Nigeria has a population of (76 million), sheep (43.4million), and cattle (18.4 million).

The larger proportion of these animals’ population is however largely concentrated in the northern region of the country than in the southern region.

In 2020, the former Minister of Agriculture and Rural Development, Sabo Nanono stated that the federal government was set to ban milk importation by 2022 due to efforts put in place by the ministry for the availability of resources for local production.

Nanono has called for a National Dairy Policy that will articulate a clear road map and strategies for the attainment of the goal.