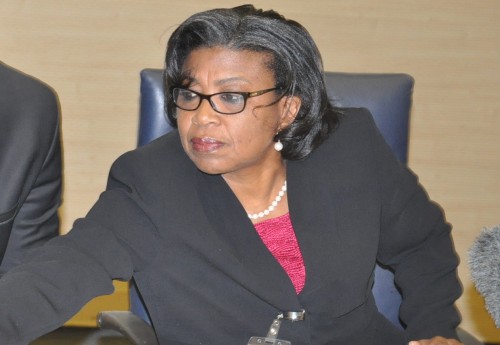 Nigeria has raised $1.25 billion through the issuance of a seven-year Eurobonds.

The director-general of the Debt Management Office (DMO), Patience Oniha, made this known in a statement on Thursday.

Mrs Oniha said that with this feat, Nigeria has become the first African country to access the international capital market in 2022.

According to her, the country’s ability to access the Eurobonds at this time was a confirmation of Nigeria’s established presence with the ICM and engagement with investors on a continuous basis.

She said the proceeds of the bonds would be used to finance the budget and bridge infrastructural deficits.

“The offer was launched at an initial price of 8.75 per cent per annum and on the back of strong investor demand, Nigeria was able to reverse the price guidance to 8.5 per cent per annum. The order book continued to grow, reaching a peak of four billion dollars,” she said.

She said the order book included many quality investors in the U.S., Europe and Asia.

“With this strong investor interest the price was tightened at 8.37 per cent per annum, the order book still remained high at 3.67 billion dollars and still retained quality investors,” she said.

She said that Nigerian investors also participated in the offer with a total subscription of $60 million dollars.

She added that the Eurobonds would also strengthen economic recovery and contribute directly and in full to the level of Nigeria’s External Reserves.

The News Agency of Nigeria (NAN) reports that the DMO had earlier on Thursday revealed that Nigeria’s total debt stock as at December 2021 was N39.55 trillion.

Mrs Oniha said the various social challenges in the country, as well as global occurrences had also increased the country’s debt.

“Borrowings are essentially for Capital Expenditure and Human Capital Development as specified in the Fiscal Responsibility Act 2007.

“Having witnessed two economic recessions, we have had to spend our ways out of recession, which contributed significantly to the growth in the public debt.

“It is unlikely that our recovery from each of the two recessions would have been as fast without the sustained government expenditure funded partly by debt,’’ she said.

According to her, the insecurity situation has also resulted in increased borrowings.

“To compound matters, the country has technically been at war with the pervasive security challenges across the nation.

“This has necessitated massive expenditures on security equipment and operations, contributing to the fiscal deficit. Defence and security sector accounts for 22 per cent of the 2021 budget,’’ she said.

Mrs Oniha said the most viable solution to the country’s fiscal challenge was to grow sources of revenue and plug all leakages.

“We must, however, continue to rationalise our expenditure as we cannot afford waste.

“In reality, our largest expenditure items are currently personnel cost, debt service and capital expenditure, which between them account for 85 per cent of the 2022 budget.

“There is very little scope for cut in any of these over the medium term,’’ she said.

According to her, revenue generation remains the major fiscal constraint of the federal government.

“Several measures are being instituted under government’s Strategic Revenue Growth Initiatives to improve revenue and entrench fiscal prudence with emphasis on achieving value for money,’’ she said. (NAN)