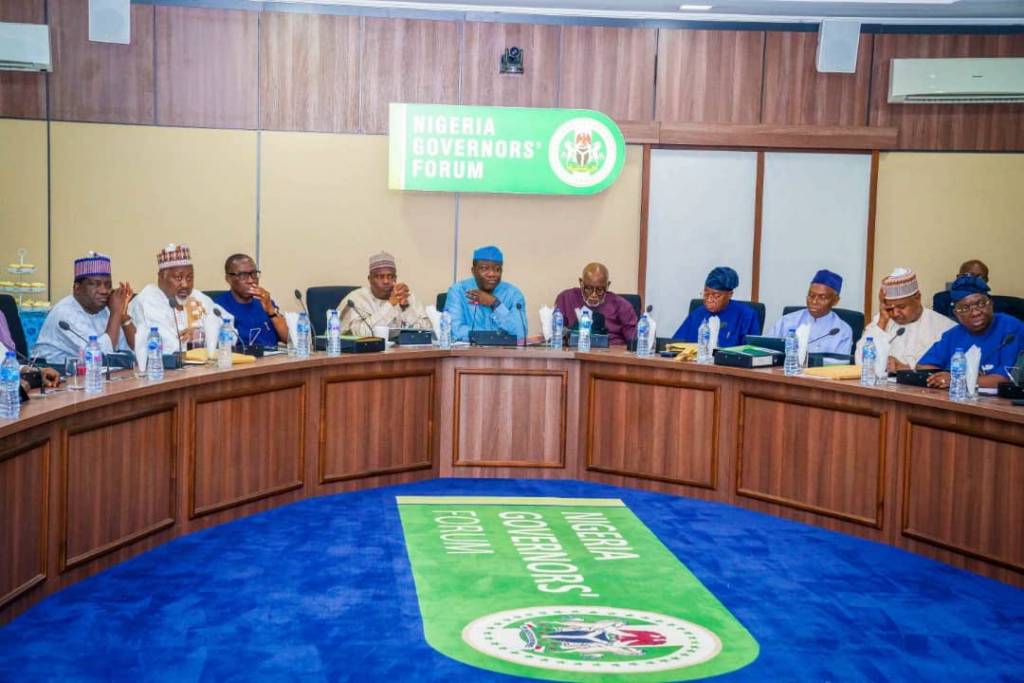 The Nigeria Governors’ Forum (NGF) has donated 105 copies of ‘Remaking Nigeria,’ a book published to commemorate Nigeria’s 60th independence anniversary, to 21 academic institutions in the country.

This followed the decision announced by the NGF in 2021 to donate the books to the institutions so as to make the contents familiar to the Nigerian youth.

“We read that material and we just sense that significant connection with the youth,” Director-General of the NGF, Asishana Okauru, said. “A number of libraries don’t have the capacity to (stock up) and I think we’ll keep doing that (donating) going forward,” he added.

Five of the book copies were sent to Akwa Ibom State University (AKSU) where the Librarian, Nse Akwang, received them. The books, she said, are currently undergoing a process and would soon be made available to the students.

“We’ve claimed ownership of the book and we are trying to classify them now,” she said. “Before next week, it would be out of the classification unit, from there, it would get to the cataloging unit, from there to the new arrival shelf, two weeks after, we’ll take it to the main shelf.”

She is unable to present students for a review as they are currently not in session due to the strike embarked upon by the Academic Staff Union of Universities (ASUU). Such action by university lecturers has been identified as one of the key factors debilitating scholarship as students often abandon their academic work during the strike while some never return to school.

A book for the youth

The 437-page book torches on the myriads of challenges in different sectors in Nigeria. It is a collection of 60 essays by 60 young Nigerians to commemorate the 60 years’ independence attained in 2020.

With several chapters dedicated specifically to youth development, the editor, Chido Onumah, hopes the book would aid young Nigerians in re-inventing their energy towards nation development.

n chapter 22 titled, ‘Imperatives of a youth manifesto’, former Nigerian minister Nurudeen Muhammed argued that the current crop of Nigerian youth need to look towards the past for lessons and deploy new and modern initiatives to tackle their problems.

“Sixty years after independence, the youths of Nigeria whose future is at stake must resolve to take back their country. They should present specific demands that are clearly stated in a manifesto around new progressive politics,” he wrote while identifying 10 affirmative points Nigerian youth must push for, some of which include territorial integrity, merit, access to education, sound health care system, modernised agriculture among others.

Uche Ugboajah, a Political Scientist, who has read the book, believes the students who are beneficiaries of the NGF gesture and others would benefit greatly from its diversity and pragmatism.

“This is a book every student should read,” he said. “The beauty of the book is that it gives many perspectives. If you’re looking at it from a socialist perspective, for instance, there are chapters for that, if you’re also coming from a liberal perspective, Dr. Fayemi’s foreword is a very good read.

An antidote of a book

Aliyu Yahaya, the Librarian of University of Maiduguri, took some copies of the book sometime in January and if not for the ongoing strike, the copies would have been made available to the students.

He feared without such a gesture from the NGF and a deliberate effort by stakeholders, the waning reading culture in Nigeria would continue to worsen.

“The reading culture is very poor. Students don’t read books nowadays; they prefer to be on their phones. Reading starts from the base, primary school, and then grows to the university. By the time a student comes to the university it is expected that they have some level of reading habit. But that is no longer the case.

“Before, the national library and state library boards hold reading weeks do exhibitions and all. This helps in inculcating reading culture in younger ones but they no longer do these. Government no longer buy books. We only depend on philanthropic organisations like the NGF that sent us books.”

Austine Emaduku, a civil servant, who has also read the book, agrees. Beyond fortifying the libraries with relevant books, he wants re-introduction of some subjects.

“We can start from the schools, catch them young. From primary level, students should be introduced to literary works, we should teach history and literature, organise competitions around reading.”

The NGF is aware of this gap and are doing their best to bring Nigeria’s prided reading culture back to life.

“The NGF is a policy hub and anything that can be done to grow scholarship, we’ll do,” Mr Okauru said.