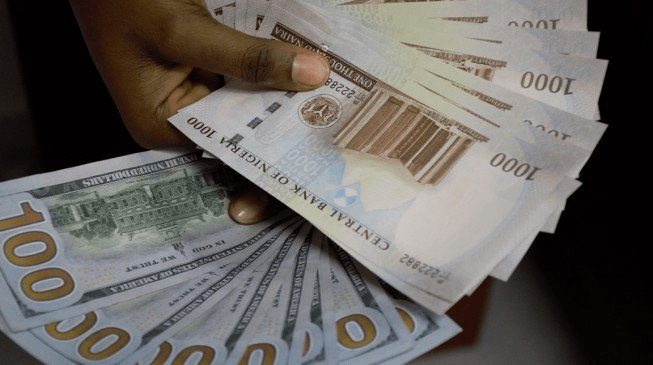 The Nigerian naira began the week with a slight gain against the US dollar in the official currency market, but fell on the black market.

According to data posted by FMDQ Security, where forex is officially traded, the naira closed at N411.28 at the Nafex window.

This occurred as FX turnover decreased slightly from the previous session on Friday last week, with a total of $100.48 million recorded at the close of trade.

Meanwhile at the black market, Naira fell sharply against the U.S dollar.

According to abokiFX data, the naira ended at N502.00 per $1 in the black market window on Monday.

However, the Naira to British Pound stayed at N710, while the Euro remained at N600.