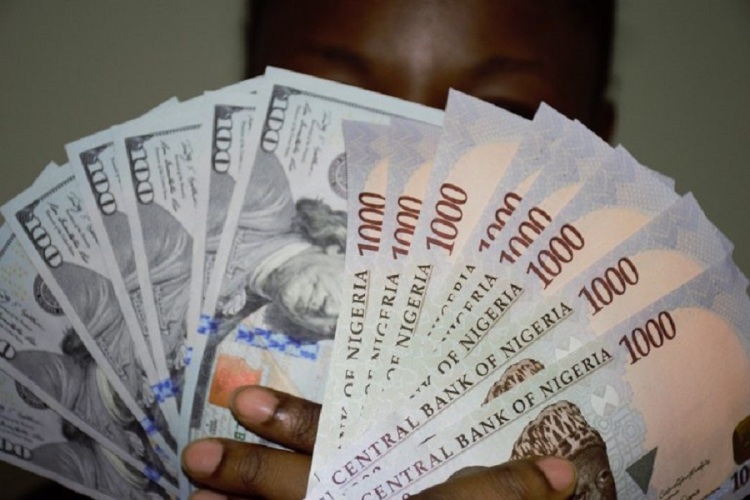 After trading on Monday, the naira lost 0.18 percent as the dollar was quoted at N425.75 compared to N425/$ closed on Friday, data from the FMDQ indicated.

Most foreign exchange market dealers who participated in the auction on Monday maintained bids at N413.40 (low) and N444 (high).

The daily market turnover declined by 39.7 percent to $47.56 million on Monday from $78.86 million recorded on Friday.

At the parallel market, popularly called the black market, the local currency closed at N615 per dollar, the level it was last week.

The Overnight (O/N) rate at the inter-bank remained unchanged at 14.00 percent, while the Open Repo (OPR) decreased by 0.17 percent to close at 13.83 percent as against the last close of 14.00 percent.

A report by the FSDH Research noted that the Treasury Bills secondary market closed on a negative note on Monday with the average yield across the curve increasing by 38 bps to 5.73 percent from 5.35 percent on the previous day.

“The Federation Account Allocation Committee (FAAC) inflow that came in late Friday should boost demand early this week, albeit mild as system liquidity level remains tight, hence yield might turn bullish. Thus, we advise investors to trade cautiously and take advantage of attractive bills across the curve along with offers from Corporates,” analysts at Afrinvest Securities Limited said.