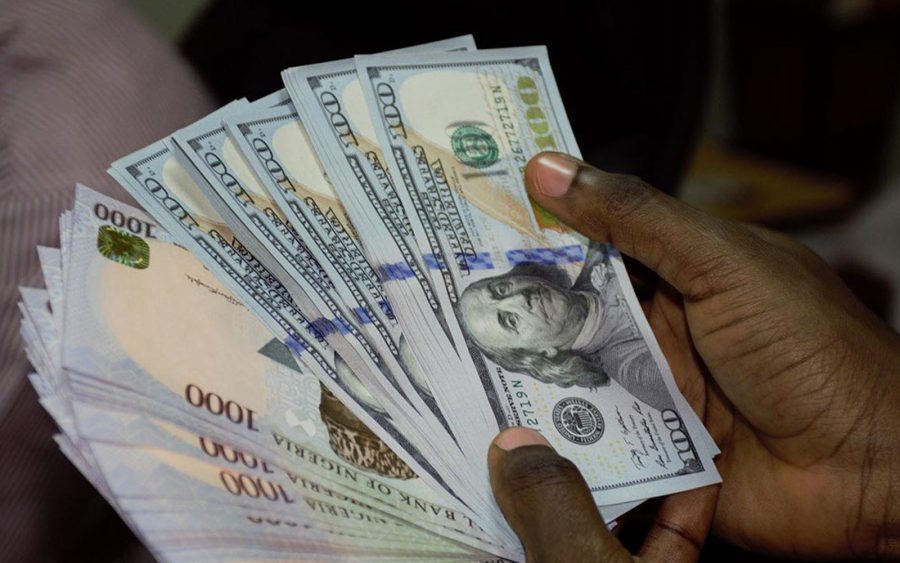 Naira fell against the U.S. dollar at the official market on Monday,

Data posted by FMDQ, where forex is officially traded, showed that the currency closed at N420.25 per $1 at the official market.

This implies a N0.50 or 0.12 per cent devaluation from N419.75 it exchanged in the previous session on Friday last week.

Foreign exchange fell by 73.50 per cent with $49.24 million recorded at the close of business on Monday against the $185.85 million posted in the previous session Friday last week.

“We exchanged the dollar at N603.00 and sold at N607.00 in the morning, but it dropped to N600.00 by afternoon and that is how it is this evening,” a currency dealer who identified himself as Shuaibu told PREMIUM TIMES.