Lagos Rail Mass Transit Red Line to be operational by 2 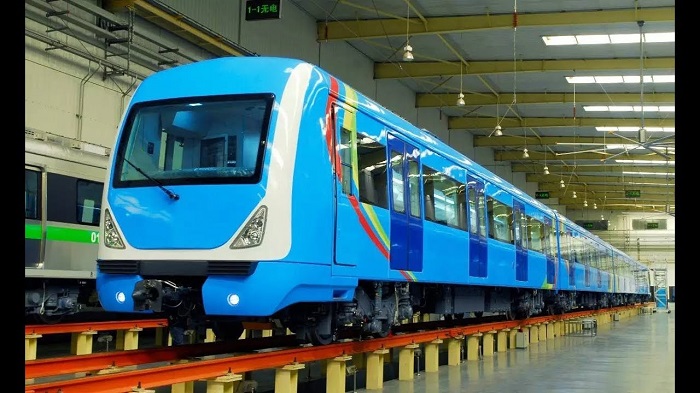 The MD of LAMATA has stated that the Lagos Rail Mass Transit Red Line will commence operation before the end of 2022.

Mrs Abimbola Akinajo, the Managing Director, Lagos Metropolitan Area Transport Authority has disclosed that the Lagos Rail Mass Transit Red Line will be operational by the fourth quarter of 2022.

The Transport boss disclosed this in a statement on Tuesday after the presentation of cheques to employees of the Nigeria Railway Corporation (NRC).

“In other areas to be impacted by the rail project, we are currently carrying out verification exercises to determine the quantum of compensation to be paid.

“We do not wish to remove any building without paying compensation to both the house owners and the tenants.

“The contractors to implement the rail project had been mobilised and had promised that barring any unforeseen circumstances, the Red line rail project will commence passenger operations by the last quarter of next year,” Akinajo stated.

The Managing Director of NRC, Mr Fidet Okhiria, who was represented by the Director, Administration and Human Resource, Dr Monsurat Omotayo, described the Red line rail project as part of the state government’s vision for development.

The Lagos Rail Mass Transit is an urban rail system being developed in Lagos. The system is managed by LAMATA.

The first 2 lines of the urban light rail project are estimated to cost $1.4bn. The Red line will be 30km long and will run between Marina and Agbado. The Blue line will be 27km long, connecting Okokomaiko to Marina.

The Blue line will cost $1.2bn and is being funded entirely by the Lagos State Government.