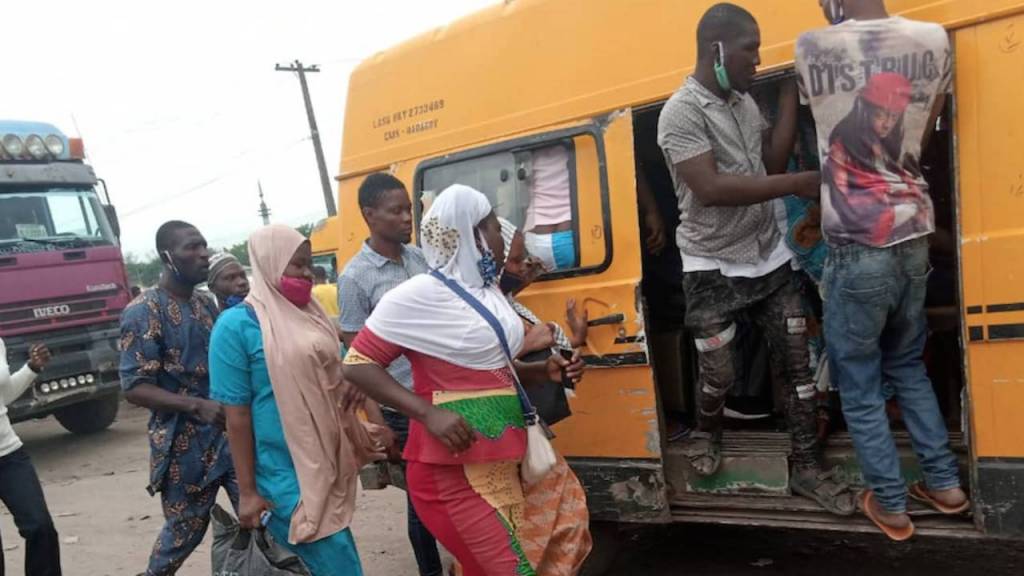 Traders, workers and other commuters in different parts of Lagos are lamenting the increasing cost of transportation to various destinations across the state.

The soaring cost is amid the fuel scarcity in many parts of Lagos which has continued to cause a spike in commercial bus fares.

In addition to this, recent flood caused by incessant downpours in many parts of the city has led to traffic gridlocks. As a result, drivers of commercial vehicles have increased the transportation cost in recent days leaving commuters to cough out two or more times the usual fares.

What commuters are saying

Speaking on the increasing cost, David Olaniyi, an accountant who lives around Ajegunle but works in Ikeja said that he is now having to spend close to double of the usual amount he spends on transportation, to and from his work place.

He explained how he now budgets two times of the usual amount he spends on transport to avoid embarrassment.

Patricia Charles, who stays around Festac and works with a law firm on the Island said her transportation cost has increased over time.

In addition to the fuel scarcity, the flood which has rocked many parts of Lagos has also contributed to the increasing cost. Whenever there’s a heavy downpour, parts of the roads become blocked and inaccessible to motorists. This situation further creates a traffic jam forcing commercial drivers to want to make up for the time lost to traffic by charging passengers more.