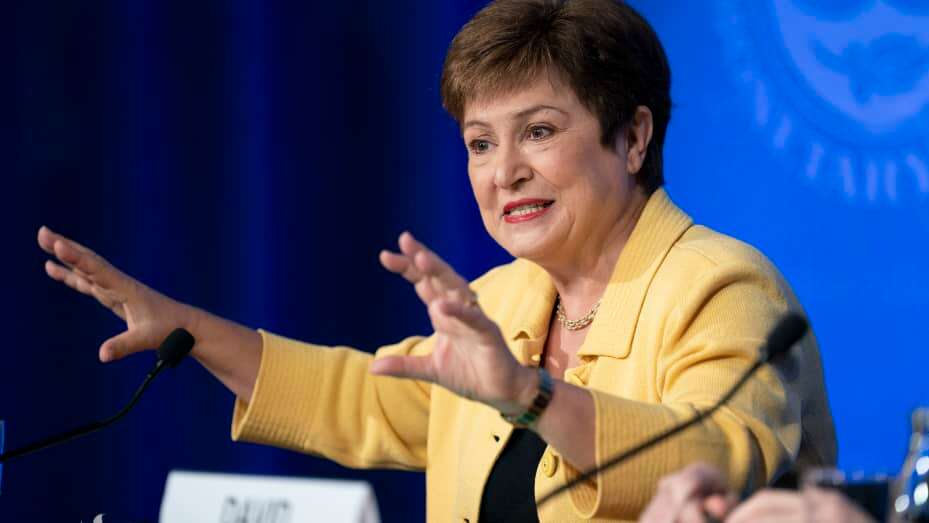 The International Monetary Fund, IMF, has raised its forecast for Nigeria’s Gross Domestic Product, GDP, growth in 2023 to 2.7 per cent.

The new forecast represents 0.1 percentage points above the 2.6 percent projected by the Fund October last year.

The IMF also affirmed its 2.7 per cent growth forecast for Nigeria this year (2022) earlier projected in the October WEO report.

However, the IMF forecasts contradict the World Bank’s forecasts of 2.5 per cent and 2.8 per cent Gross Domestic Product, GDP, growth for Nigeria’s economy in 2022 and 2023 respectively. The World Bank forecasts were contained in its Global Economic Prospects report released two weeks ago.

Meanwhile, the IMF in its January WEO report, downgraded its GDP growth forecast for Sub Saharan Africa to 3.7 per cent and 4.0 per cent for 2022 and 2023 respectively. This represents 0.1 percentage points lower than the 3.6 per cent and 3.9 per cent forecast made in its October 2021 WEO report.

Similarly, the IMF reduced its forecast for global economic growth to 4.4 per cent in 2023, representing 0.5 percentage points lower than the 4.9 per cent projected in the October World Economic Outlook (WEO).

Attributing the downgrade to the expected impact of restrictions to curb the Omicron variant of COVID-19, the IMF in the January WEO titled, “Rising Caseloads, a Disrupted Recovery, and Higher Inflation,” stated: “The baseline incorporates anticipated effects of mobility restrictions, border closures, and health impacts from the spread of the Omicron variant.

“These vary by country depending on the susceptibility of the population, the severity of mobility restrictions, the expected impact of infections on labor supply, and the importance of contact-intensive sectors. These impediments are expected to weigh on growth in the first quarter of 2022.

“The negative impact is expected to fade starting in the second quarter, assuming that the global surge in Omicron infections abates and the virus does not mutate into new variants that require further mobility restrictions.”

“Without commensurate tightening, this will increase the burden on foreign-currency borrowers, both public and private. But the tighter policy also brings costs at home, as domestic borrowers will find credit harder to come by. Overall, tighter policies will likely be appropriate in many emerging market and developing economies to stave off the threat of persistently higher inflation.

Moreover, emerging markets are generally more resilient, with higher reserves and better current account balances than in the previous tightening cycle—including during the 2013 taper tantrum.

“But in economies with market distortions or balance sheet vulnerabilities limiting market access, the impact of capital flow reversals can imperil financial stability. In those economies, foreign exchange intervention may be needed to smooth disorderly market conditions and temporary capital flow management measures may be warranted—but should not substitute for needed macroeconomic policy adjustment.”