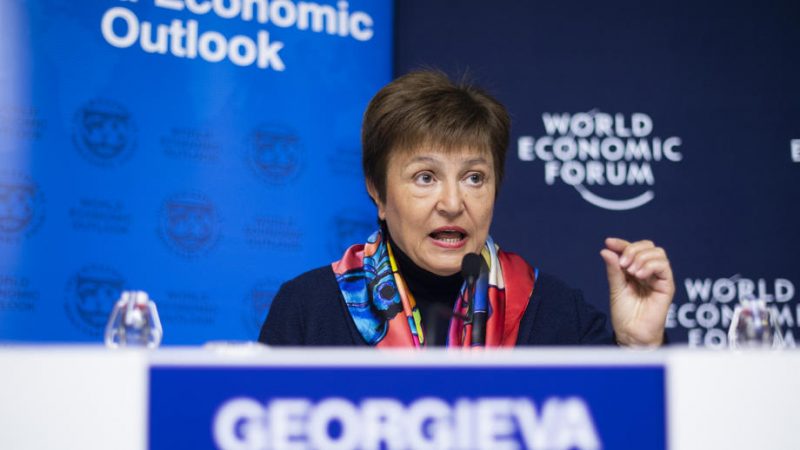 The International Monetary Fund’s Executive Board has approved a $1.4 billion disbursement under the Rapid Finance Instrument (RFI) to help fulfill urgent financing needs and reduce the war’s economic damage in Ukraine.

This was disclosed in a press release titled “IMF Executive Board Approves US$ 1.4 Billion in Emergency Financing Support to Ukraine”

The IMF expressed its strong support for the Ukrainian people, saying that the war’s economic implications are already severe, with over 2 million people fleeing the country in just 13 days and large-scale devastation of essential infrastructure.

What the IMF is saying about the funding

It stated, “The Executive Board of the International Monetary Fund (IMF) today approved a disbursement of US$1.4 billion (SDR 1,005.9 million) under the Rapid Financing Instrument (RFI) to help meet urgent financing needs and mitigate the economic impact of the war.”

The global lender said Ukrainian authorities had cancelled an existing stand-by lending arrangement with the IMF but would work with the fund to design an appropriate economic program focused on rehabilitation and growth when conditions permit.

IMF Managing Director Kristalina Georgieva said, “Russian military invasion of Ukraine has been responsible for a massive humanitarian and economic crisis,” in a statement after the meeting, predicting a deep recession in Ukraine this year.

“The tragic loss of life, huge refugee flows, and immense destruction of infrastructure and productive capacity is causing severe human suffering and will lead to a deep recession this year. Financing needs are large, urgent, and could rise significantly as the war continues,” she added.

She stated that once the war is over and a proper damage assessment can be performed, additional large support is likely to be needed to support reconstruction efforts.