How FG can implement blockchain technology for efficient service delivery 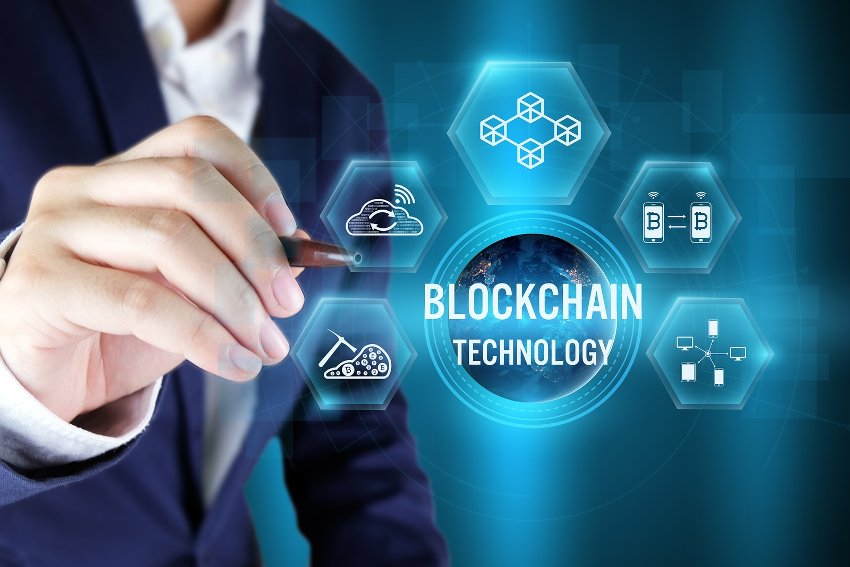 Blockchain technology is an efficient and cheaper platform for governance as it curbs middlemen and bureaucratic channels, makes processes more effective and adequately reduces fraud.

A report on the Nigerian budget by BugIT last week revealed that Nigeria’s 2021 budget had 316 duplicated capital projects totalling N39.5 billion, a 14% increase to the security sector allocation with no audit done in 5 years and many others.

Other discrepancies discovered in the report include ZERO audit records of the N10.02 trillion received by the security sector between 2015 and 2021, a total of 117 federal agencies received allocations for “Security Votes” worth N24.3 billion despite many of these agencies already having allocations for “Security Charges” to cover each agency’s security needs, etc. These figures show that the government is permitting multiple leakages in its budget despite falling crude oil revenues and rising debt to revenue ratio.

The damning report was a catalyst for Socio-Economic Rights and Accountability Project (SERAP) to petition President Muhammadu Buhari to probe the reported N39.5 billion duplicated and mysterious projects inserted into the 2021 budget.

Nigeria also lacks transparency in her electoral process resulting in voter apathy, rigging and other forms of electoral fraud, post-election violence, and post-election litigations. The ugly situation is not lost on the Independent National Electoral Commission (INEC) which has called for better use of technology in the conduct of elections, stating that the introduction of technology would enhance the credibility of elections in Nigeria. The electoral umpire has also alluded to working with the National Assembly to introduce reforms to Nigeria’s Electoral Act.

“There is a need to introduce further technology to enhance the credibility of the elections that we are going to conduct in 2023. That explains why INEC intends to introduce new technology in the revalidation of register, that we have been putting in place since 2010-2011. The way forward is to introduce technology and ensure the register is credible and 2023 elections reflect this credibility and that election are better,” INEC said.

Can Blockchain offer this technology for transparent service delivery?

The decentralised database managed by multiple participants makes blockchain technology a system that is difficult to change, hack, falsify or defraud.

In 2018, Sierra Leone became the first country in West Africa to conduct an election with the aid of the Blockchain, recording votes at 70% of the polling to the blockchain, a first of its kind to prevent electoral fraud.

“Sierra Leone wishes to create an environment of trust with the voters in a contentious election, especially looking at how the election will be publicly viewed post-election. By using blockchain as a means to immutably record ballots and results, the country hopes to create legitimacy around the election and reduce fall-out from opposition parties,” the developer, Agora said in a statement.

“Blockchain is the only technology that has been created which can provide an end-to-end verifiable and fully-transparent voting solution for the future” they added.

Perhaps, Blockchain is proof that it may indeed be possible to “ innovate to prosperity” using technology, especially in low trust societies like Nigeria bedevilled with poor public accounting and electoral processes.

This position is supported in a report by Northwestern University, citing that Blockchain’s smart contracts can improve efficiency in emerging markets like Nigeria.

“Blockchain technology has the potential to eliminate one of the most significant barriers to economic growth through private business transactions in developing countries—lack of trust,” the report said.

“Developing countries often lack effective or transparent institutions and are frequently plagued with corruption that weakens substantially their level of security in economic transactions.

First, because blockchain uses an open architecture, all transactions are publicly accessible, immutable, and verifiable by anyone. This helps to eliminate corruption and fraud from the transaction. Second, because all smart contract transactions are recorded along a blockchain and cannot be modified ex-post, a permanent and publicly accessible ledger is available to shed any doubt about payments or other transactions throughout the process. And third, because blockchain systems are automated, security in the enforcement mechanism is all but guaranteed. For instance, failure to deliver goods by a set time will automatically trigger a default clause that transmits payment of liquidated damages to the injured party without the intervention of a judge or arbitrator,” the report added.

Basically, the report suggests that if the Nigerian government pursues a policy on total efficiency in service delivery, blockchain could be the best alternative for the nation as it reduces corruption and fraud in multiple government sectors.

“A blockchain is simply a digital ledger that records information on the network in such a way that it is almost impossible to forge, hack and manipulate despite being open source,” he said.

“This is an efficient and cheaper platform for governance as it curbs middlemen and bureaucratic channels, makes processes more effective and adequately reduces fraud,” he added.

Would the CBN’s crypto ban affect blockchain’s use in governance?

“The CBN ban has little or no effect on the blockchain, as its statutory powers only excluded Nigerian financial institutions from relating to Crypto Exchanges and platforms,” Adesina said.

The report of over N39 billion in duplicate expenses shows that even in a period of revenue decline, the government is struggling with curbing corruption in various sectors. The implementation of technology-backed solutions will not only save the nation from resource pilfering and wastage, but it will also be vital in electing credible government officials to oversee proper, efficient service delivery and governance.