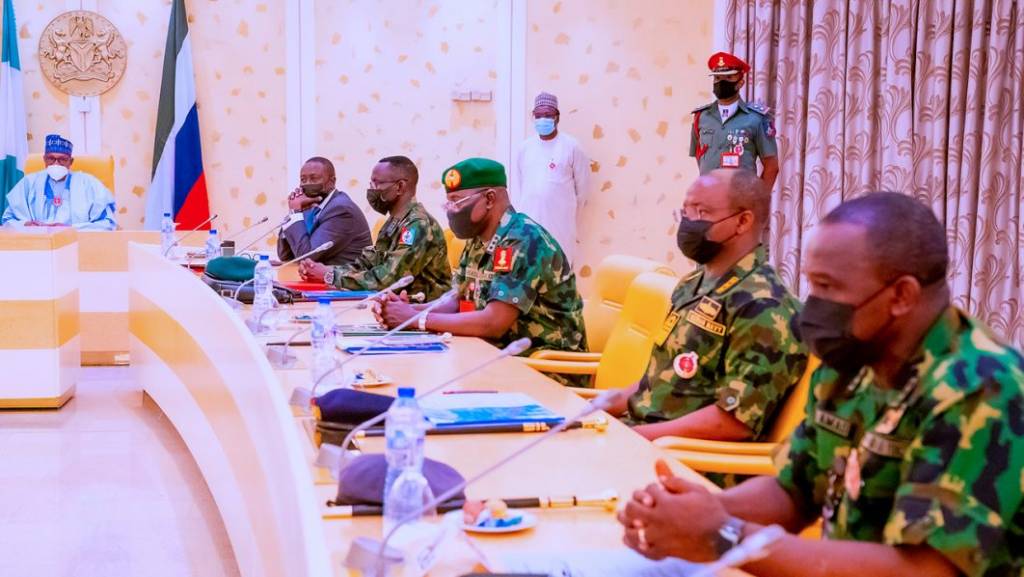 President Muhammadu Buhari has met with Security Chiefs on Tuesday and gave them new directives.

This was disclosed by the State House via it’s Twitter handle, shortly after the meeting with the Chief of Defense Staff, Chief of Army Staff, Chief of Air Force Staff and Inspector General of Police among others.

According to the State House, the President had called for the meeting after the terrorist attack on the Abuja-Kaduna train.

Here are the directives

What the State House is saying