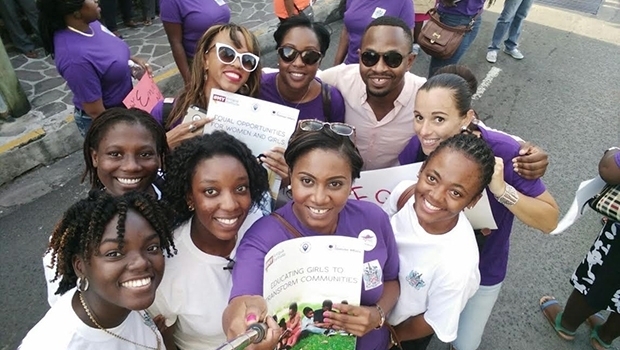 As the world marks this year’s World Women’s International Day, the Bauchi State chapter of the Federation of Muslims Women Association of Nigeria (FOMWAN) and Attah Sisters Helping Hands (ASHH) Foundation on Monday called for the enhancement of security in all schools across the country.

Speaking at an event held at the headquarters of the Bauchi State Police Command in Bauchi to mark the Day, the Executive Director of ASHH Foundation, Comfort Attah, declared that the call became imperative in view of incessant attacks on schools, particularly girls schools, in parts of the country.

Attah informed that the International Women’s Day was the day set aside to celebrate women folk worldwide for their contributions to the growth and development of the society.

According to her, the Day had been celebrated for about 150 years now, informing that it was first celebrated 1911 when 1, 000 persons marched all over the world to rally support for women.

She thanked the police for their efforts aimed at ensuring adequate security for the people in the society.

Also speaking at the event, the Amirah of FOMWAN in the state, Hajiya A’ishatu Ibrahim Kilishi, said her organisation collaborated with ASHH Foundation with over 30 organisations led by women as well as 15 other led by men to mark the 2021 International Women’s Day in support of women.

While saying that the International Women’s Day is a celebrated globally, Hajiya Kilishi declared that the Day, apart from celebrating women’s achievements, was meant to call for action for gender parity.

“Today, it is a global celebration of the social, economic, cultural and political achievements of women. The Day also marks a call for action for accelerating gender parity,” she said.

The FOMWAN Amirah informed that all the organizations that came together to mark the Day in Bauchi were passionate about spreading the message of gender transformation and the need for peace to reign in the society.

She called on women to critically examine their situation and challenge those obstacles that stand in their way of development with a view to overcoming them.

While calling on women to be involved in finding lasting solutions to the current spate of insecurity in the country, Hajiya Kilishi appealed to all Nigerians to dialogue towards tackling insecurity.

She lamented that in recent times, women have been major victims of security challenges, noting that insecurity has made many widows and orphans.

She also regretted that despite the fact that women constitutes 49 percent of the Nigeria’s population, they have been relegated in the areas of development policies, projects and programmes, particularly in political representation, access to economic tools of production and leadership.

Kilishi declared that despite contributing to national development, women were either underrated r went unnoticed, adding that they needed a safe environment to engage positively in all walks of lives.

She then called on government at all levels to deliberately empower women with the requisite knowledge and skills as major stakeholders in national development. This, she said, would enable them make more developmental contributions.