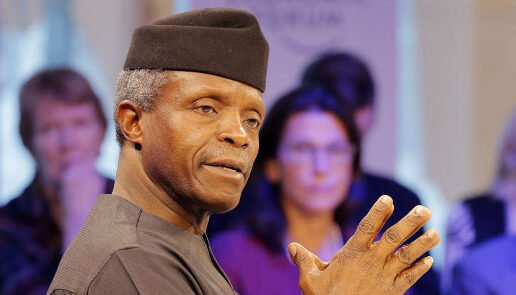 Osinbajo revealed that 17 states have shown interest in the Solar Power Programme, an important aspect of the Economic Sustainability Plan.

Vice President Yemi Osinbajo has disclosed that over 2000 hectares of land have been mapped for the proposed Social Housing Programme.

The Vice President disclosed this in a statement on Sunday after he presided over a meeting reviewing the implementation of the Economic Sustainability Plan implementation (ESP).

The statement revealed that 17 states had shown interest so far in the Solar Power Programme, an important aspect of the ESP, citing that a major cement manufacturer has agreed to a deal for discounted bags of cement for the social housing scheme.

“If the Federal Government is going to intervene in housing, most of it should be social housing.

Everybody else, including the private sector, can build N9.6 million worth of houses, but nobody else will do social housing. All over the world, when government intervenes, it is social housing; those who cannot afford housing are the ones we must focus attention on.

I think that we have enough problems with finding homes for the vast majority of Nigerians who cannot find a home.

The people who are poorest, who have no houses, are the people we should target because that is what government should do. Let’s focus on this social housing,” he said.

The houses under the scheme would be priced between N2-N4 million and will enable 1.5 million Nigerians to acquire mortgages for low-cost housing.