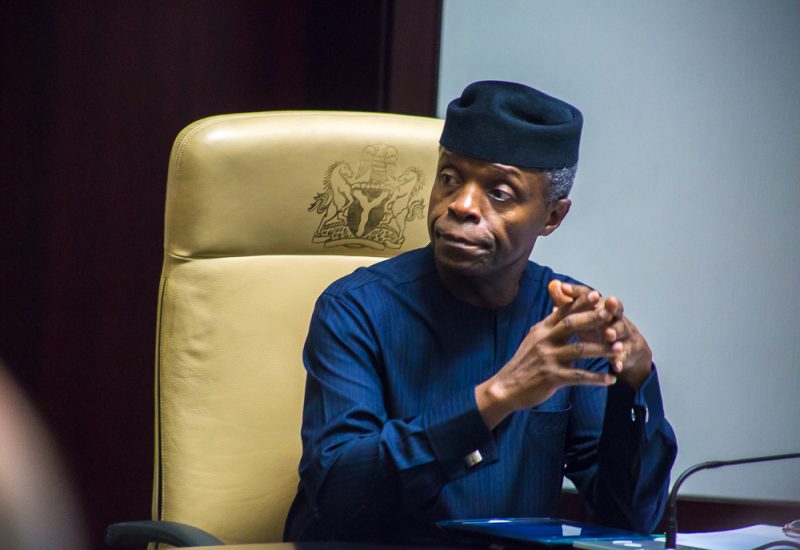 The Federal Government has revealed that working with cooperatives enables the FG to implement its social investment and intervention programmes and ensure that a large number of people have access to the programmes.

This was disclosed by the Vice President, Yemi Osinbajo in a statement released by the Statehouse on Tuesday after a meeting with the President of the Cooperative Federation of Nigeria (CFN), High Chief Tajudeen Oriyomi Ayeola.

The Vice President revealed that one of its schemes is focusing on Family Homes which the FG plans to build 300,000 social housing.

What the Vice President is saying

He stated that working with cooperative groups gives the FG an important part of our strategy in ensuring that the largest number of Nigerians have access to government programmes.

“The partnership of cooperatives with government is possibly the only way of doing so in an efficient manner that ensures that government services and programmes get to the right people.

“Cooperatives give their memberships the leverage to be able to take facilities and make sure those facilities are returned. They also have more knowledge of their individual members,” Prof. Osinbajo noted.

He added that the rationale for cooperatives even in the 1950s remains relevant today, adding that cooperatives in the Western Region and even across the country became important pillars in the economic development of the country.

He said that the FG believes cooperatives would be very useful in all the programmes around the Economic Sustainability Plan, citing that one of them is the Family Homes Funds.

“The case for cooperatives is very well made, and what we must do as a government is looking for ways of cooperating with the Cooperative Associations in ensuring that we are able to get this moving,” he said.

Meanwhile, Mr Femi Adewole, the Managing Director of Family Homes Fund, FHF, which is implementing the Social Housing element of the ESP, revealed that “as at year-end 2021, 17,281 homes are at various stages of construction, either completed or in progress across 15 States.”

He added that the agency has mobilized other resources such as N10 billion from the Ministry of Finance, $60million from the African Development Bank, 20million Euros from Agence Française De Développement, and about N20 billion recycled capital from sales of completed property to execute the Social Housing programme for last year.

“For 2022, FHF expects to do 20,640 units using its own resources, but CBN disbursements would avail the opportunity to do even much more than that,” he said.