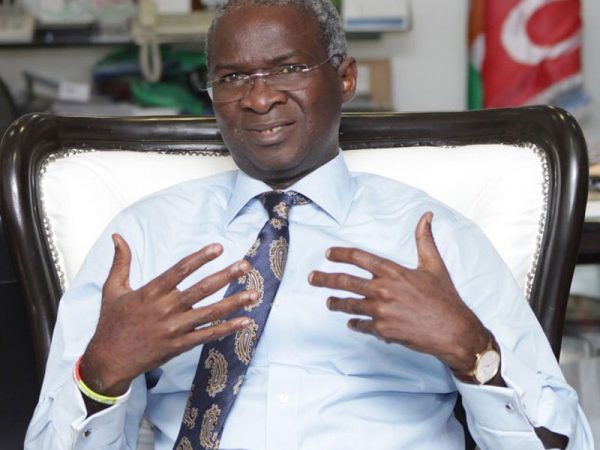 The Federal Government is expecting over N1tn from the private sector for the development and maintenance of the 12 highways that it selected for concession under the Highway Development Management Initiative.

It was gathered in Abuja on Wednesday that with the funds from private investors, government would be free of the burden of maintaining and rehabilitating the identified roads.

On January 29, 2021, The PUNCH exclusively reported that the Federal Government would receive the Outline Business Case Certificate of Compliance for 12 pilot federal highways billed for concession.

The certificate was received on behalf of the government by the Minister of Works and Housing, Babatunde Fashola, who confirmed that the government was set to commence the procurement process for highways concession.

A document on how the HDMI would benefit Nigeria, which was sighted at the Federal Ministry of Works and Housing on Wednesday, stated that huge funds were expected from the private sector to drive the initiative that would see to the concession of the highways.

On benefits of the initiative, the HDMI document read in part, “Huge injection of private sector investment into the economy with over N1tn expected for the development and maintenance of the 12 routes in the first phase.

“Government is free of the burden of maintaining and rehabilitating roads. Funds can be channeled to other developmental projects.”

It stated that the impact of such investment on the economy was huge as it would trigger many activities to stimulate the highway economy across the country.

Our correspondent gathered that the 12 highways combined represent about 1,963km (5.6 per cent) of Nigeria’s 35,000km federal highway network.

It was also learnt that the concession of the roads might also signify the return of toll gates as concessionaires would have to recoup their investments.