Emefiele speaks amid calls to resign over rumoured presidential ambition 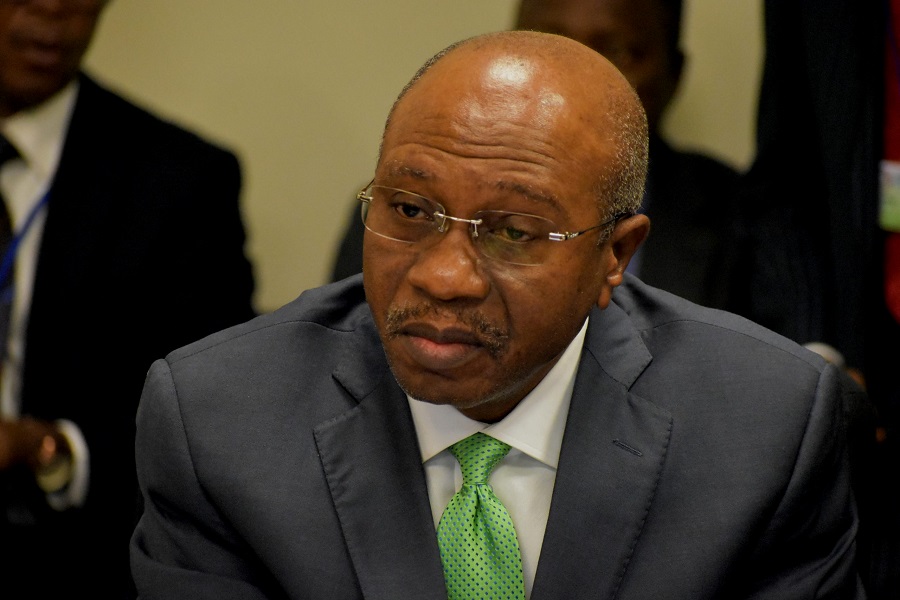 The Central Bank of Nigeria’s governor, Godwin Emefiele, on Monday said he was focused on strengthening the nation’s economy amid calls by supporters that he should contest for the nation’s topmost office in 2023.

Supporters of the governor thronged the APC convention on Saturday where they openly campaigned for Mr Emefiele to be elected Nigeria’s next president.

Although he has not declared to run for the top office in 2023, his refusal to distance himself from campaigns putting him out as an aspirant has generated criticisms from concerned Nigerians.

In February, a PREMIUM TIMES editorial called on Mr Emefiele to resign and pursue his political ambition, if he had any, or publicly repudiate any association with the groups clamouring for him to run for president.

On Monday, the CBN governor in a series of tweets said he was focused on the implementation of robust monetary policy that would support the fiscal policies of the government to grow the economy and address inflationary pressures.

“My focus at this time is a robust monetary policy and fighting inflation which is now a global problem; building a strong financial system in an increasingly uncertain global economy,” he tweeted in apparent response to the controversy.

“Building a world class International Financial Center in Lagos; as we support the @MBuhari Administration to finish strong. #NoDistractionsPlease.”

“It is only under the @OfficialAPCNg with its impunity and Emefiele for rules and sanctity of Institutions that campaign posters with the portrait of the CBN Governor side by side with that of the President can be condoned,” the party said.

“That presupposes an endorsement of impropriety and we demand that President @MBuhari come clean on this monumental corruption of the Central Bank of Nigeria.”

The party also called for an investigation of Mr Emefiele, citing Section 9 of the Central Bank of Nigeria (Establishment) act, which provides that “the governor and the deputy governors shall devote the whole of their time to the service of the bank, and while holding office, shall not engage in any full or part-time employment or vocation, whether remunerated or not.”

In response, the director of communications of Emefiele Support Group (ESG), Benigna Ejimba, said Mr Emefiele had not violated any law.

According to him, the CBN governor has yet to declare for the 2023 election.