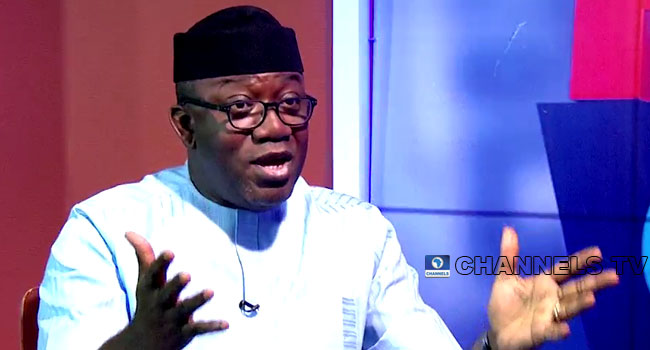 Ekiti State Commissioner for Women Affairs, Mrs Maryam Ogunlade, on Thursday reiterated the Governor Kayode Fayemi administration’s commitment to the protection of the rights of children which included education.

Ogunlade, who said that the body language and policies of the administration from inception indicated its determination to guarantee the welfare of children in the state, said Ekiti had made anti-children practices including making them run errands or hawk during school hours illegal.

The commissioner, in a statement titled, ‘Children’s Day: Ekiti felicitates children’, said that the United Nations set aside May 27th of every year to celebrate children and create awareness about their rights.

She said, “Governor Fayemi not only commenced his second tenure in office with an Executive Order that made education free and compulsory up to senior secondary school level, but has also continued to display serious commitment to the provision of conducive teaching and learning environment in all schools in the state.

“The enforcement of the state’s Child Rights Law being championed by the wife of the Governor, Mrs Bisi Fayemi, is in cognisance of the fact that children as the future of the nation should be given a solid foundation.”

Ogunlade appealed to parents to take advantage of the opportunity provided by the state government to better the lot of their children and avoid acts that may be inimical to their wellbeing.

He said, “It is a gross violation of the rights of children to make them run errands or hawk during school hours contrary to the law of the land.”