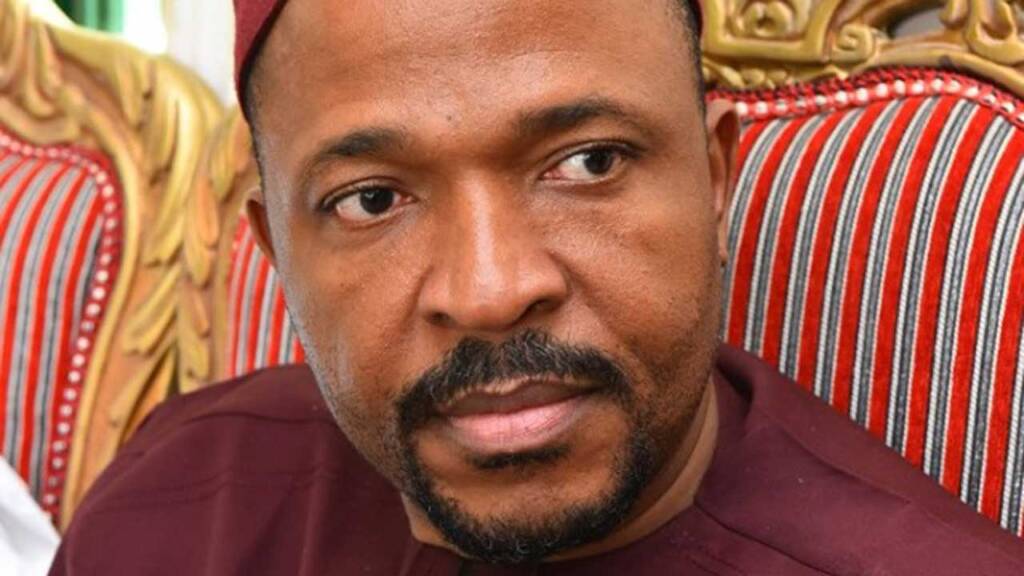 The Minister of State for Education, Chukwuemeka Nwajiuba, has berated the Academic Staff Union of Universities (ASUU) for refusing to call off its seven-month-old strike.

The minister said the union has no reason to be on strike because the federal government has met all but one of their demands.

Mr Nwajiuba said this during an interview at the Nigerian Annual Education Conference in Abuja on Tuesday.

The conference was themed “Building an Effective, Resilient and Sustainable Education System for Nigeria during and Post COVID-19 Pandemic: The Way Forward.”

The minister claimed that the government has met all but one of ASUU’s five demands.

“I wouldn’t want to speak about ASUU anymore. I’ve said repeatedly that government has met all ASUU’s demands. The one outstanding demand is that ASUU insists on having their own Transparency and Accountability Solution (UTAS) instead of being subject to the government’s Integrated Payroll and Personnel Information System (IPPIS),” he said.

According to him, the federal government’s IPPIS payment platform is not designed to be punitive to anybody. It is a holistic system, if you have a superior one, then we can migrate to it when it is proven to be superior, he said.

He said it the responsibility of the National Information Technology Development Agency (NITDA) to evaluate ASUU’s UTAS platform, something NITDA is currently doing.

On Earned Academic Allowances, Mr Nwajiuba said the government is in agreement with ASUU and is “not worried about earned allowances.”

“Schools have to be in session to know who is earning what. Government has made provision for that and we don’t think it is a one-off thing because you keep earning. You don’t need to be at home on strike in order to get something done for you, they may be right in the demands, this government has consistently done the things they said they would do so the issue of saying previous governments agreed and therefore, you cannot do that we are not previous governments,” he said.

The minister then said ASUU had to take responsibility for keeping millions of university students out of school.

PREMIUM TIMES reported how ASUU asked the federal government to jettison the IPPIS as a condition to call off the seven-month-old strike in the country.

The ASUU President, Biodun Ogunyemi, said the ongoing strike may continue if the government fails to meet its demands.

He said ASUU has shifted positions in some respects.

“For instance, our members have reduced their demand of one tranche N220 billion of the outstanding revitalization fund by 50 per cent. The Union has also agreed that N30 billion out of the so far verified arrears of N40 billion of the earned academic allowances (EAA) be paid to our members while the balance of N10 billion could be spread over the next two tranches,” he said.

ASUU embarked on a nationwide strike on March 23 to demand for revitalisation allowance, Earned Academic Allowances (EAA), renegotiation of the 2009 agreement, visitation panels, among others.

Speaking earlier, the Vice President of Nigeria, Yemi Osinbajo, said there was a need to design and develop suitable curriculum, assessments and monitoring systems that focus on improving the quality of education amid the COVID-19 pandemic.

He said the adaptation of the current curriculum to facilitate learning in hybrid schooling situations needs to be actualised in view of the unexpected disruption of the education system by COVID-19 pandemic.

Mr Osinbajo, who was represented by the minister of state for education, said countries are embracing technological innovations to cushion the effects of the pandemic globally.

“The possibilities of designing Science, Technology, Engineering and Mathematics curricula such that they can be taught virtually should be worked out by appropriate government offices and stakeholders,” he said.

He said the occurrence of COVID-19 in Nigeria has shown that the Nigerian education system should be driven by innovative educational technology for both learning and teaching for our children to be globally competitive.

“Though, the Federal Ministry of Education and many states have embarked on airing school lessons on virtual learning platforms as well as the use of radio and television, not every student can afford the cost and the capacity required,” he said.

He said students from low-income communities may be left out and unable to access learning during this period.

“Obviously, COVID-19 has magnified the educational inequity in Nigeria as only those with access to digital learning resources will keep learning in the comfort of their homes while those without access (the majority) are left behind,” he said.

Similarly, the Minister of Education, Adamu Adamu, who was represented by the permanent secretary, Sunny Echono, said the ministry will continue to look into how to deploy technologies and the internet in education to ensure that online education becomes an integral component of school education.

“The abrupt school closures due to COVID-19 made some teachers in the country to deliver online learning without proper training and support or preparation. They had to digitize their course contents and / or develop new contents. This development calls for immediate response to ensure such gaps does not occur again,” he said.

He said the anticipated technology will strengthen the inclusive and alternative education of marginalised and disadvantaged groups by accessing learning in a new way.