Economics of Recovery and Recovery of Economics: A Peep into Nigeria 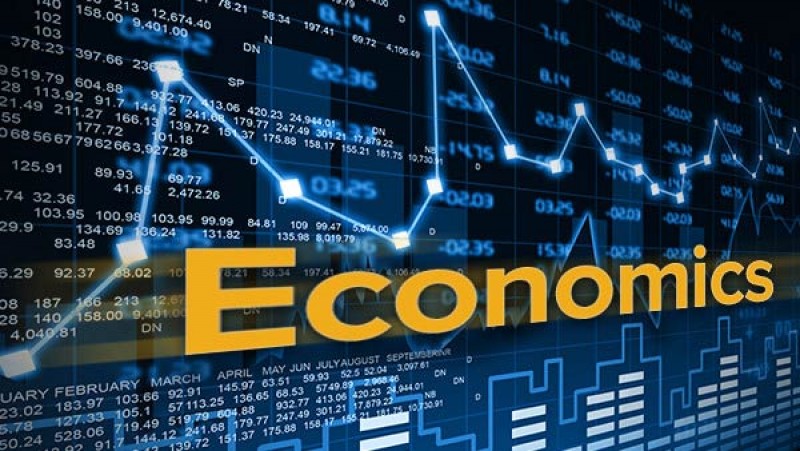 It is generally agreed that all economies especially those heavily dependent on the market system experience all the phases of a typical business cycle: peak (boom), decline, trough (recession) and recovery. A prolonged recession would result in a depression.

Apart from the Great depression of the 1930s, the global economy in recent times experienced a recession in 2007 – 2008 as a result of the collapse of the mortgage system in the United States of America. Because the recession was global and affected all countries (for some as a client), it is often labelled the Great Recession.

There are often counter-cyclical policies to minimise the adverse effects of each phase or episode of a cycle including the peak (boom) period. These policies are often monetary, fiscal and structural.

It is often argued that in a recession, fiscal policy, (increased government spending) would result in exiting a recession and propel an economy towards a recovery phase.

An economy enters a recession, when GDP growth contracts (negative) in two consecutive quarters. It does not really matter whether the recession is demand and/or supply induced. Whenever, an economy registers a positive GDP growth, even if, it is after the immediate past quarter, that economy is on a recovery path. The emphasis on the growth of GDP is problematic.

An economy can technically exit a recession yet relevant macroeconomic fundamentals would portray a system in disarray. The stress of Gross Domestic Product (GDP) growth is misleading when rates of unemployment, underemployment, inflation, lending rates, incidence of poverty, among others are way beyond the acceptable threshold.

When the COVID-19 pandemic shock occurred in 2019, and the unemployment rate in the USA rose above 4 percent, it was announced that the economy had entered a recession.

Several palliative measures were implemented including increased unemployment benefits to citizens. The developed economies have various welfare programmes to minimise the impact of negative shocks in their economies. In spite of robust monetary (sometimes unconventional), and fiscal policies, these countries experience recessions. Perhaps if any economy was to escape a recessionary phase, it would be that of the USA. The USA economy is better managed but yet experiences recessions periodically because the latter is inherent in capitalist economies due to the nature of investments especially the pile up of inventories arising from any type of shock and /or inherent profit-making motive of the private sector.

In Nigeria, it is not uncommon for bureaucrats, technocrats and policy-makers to stress the growth in GDP during recovery phase of a business cycle when the economy exits a recession. There is often undue excitement on the GDP registering a positive growth after the recession no matter how negligible and/or insignificant the coefficient. The obsession with the growth of GDP ignores the major challenges facing the economy.

While not undermining the usefulness of the GDP, its per capita measure being an average concept; is even more challenging. In addition, the various methods of measuring the GDP are fraught with problems thus signaling the need to consider more relevant indicators as an economy exit a recession towards recovery.

Let us provide evidence from Nigeria. In 2016, the Nigerian economy entered a recession as the GDP grew negatively by -1.58 percent; from 2012 – 2015, the real GDP grew averagely by 4.67 percent higher than the growth rate of population (3 percent). However, in the same period, the rate of unemployment stood at 38.4 percent (acceptable threshold is 5 percent or 7 percent for developing countries), while the incidence of poverty was 67 percent.

In 2017, the GDP grew by 0.82 percent and there was excitement that the economy was on a recovery path due to the implementation of the Economic Recovery and Growth Plan (ERGP). Yet in 2017, the misery index was 78.6 percent, unemployment rate 38.2 percent, incidence of poverty 61 percent and inflation 13.4 percent. These indicators clearly show that the performance of the economy was unsatisfactory – the economic performance index was 68 percent.

A score of 80 per cent connotes average performance. Consequently, the evidence pointed to a jobless growth phenomenon. Thereafter, the economy grew by 1.91 percent and 2.27 in 2018 and 2019 respectfully, yet the crucial macroeconomic indicators remained almost unchanged.

The Nigerian economy has been in a stagflation phase since 2000 notwithstanding the impressive growth rates of GDP from 2000 – 2014. These were episodes of non-employment generating growth.

In 2019, the COVID-19 pandemic coupled with the sharp decline in oil prices, the Nigerian economy entered another recession in 2020 based on two consecutive quarters of negative GDP growth in the first and second quarters of that year. The growth of GDP in 2020 was -1.92 percent.

The aggressive implementation of the Economic Sustainability Plan, the GDP against all forecasts grew by 0.11 percent and 5.1 per cent in the first and second quarters of 2021. Again, there was excitement that the economy had exited the recession and was on a recovery path stressing the positive growth of GDP.

Yet, more that 80 million Nigerians remained in poverty, rates of unemployment and inflation stood at 33 per cent and 15 per cent while the misery index increased, economic performance index declined, power supply remains epileptic, etc.

As long as the fundamental problems of unemployment, underemployment, poverty, inflation and other social indices are not aggressively addressed and/or reduced substantially, emphasis on the positive growth trajectory of GDP is meaningless.

Perhaps, economics which is an inexact and dismal science needs recovery.