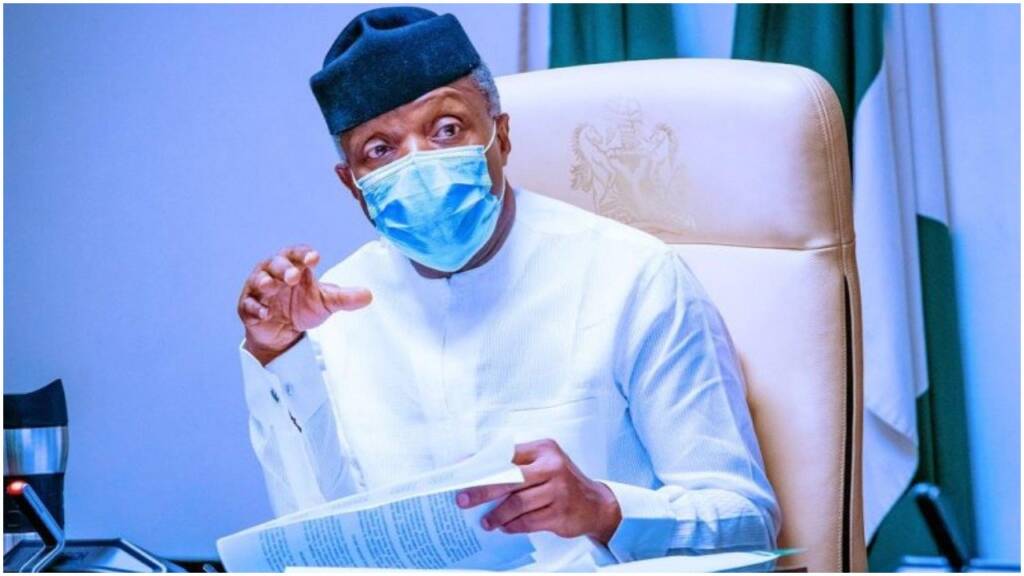 Osinbajo has reaffirmed FG’s commitment to the global green energy initiative with the deployment of 5 million solar power connections.

Vice President Yemi Osinbajo has stated that the Federal Government’s plan to electrify the homes of 25 million Nigerians through the deployment of solar power connections reaffirms Nigeria’s commitment to the global green energy initiative.

The Vice President stated this after the Federal Economic Council meeting on Wednesday.

‘The forthcoming deployment of the 5 million solar power connections, targeting 25 million households across the country under the Economic Sustainability Plan (ESP), reaffirms Nigeria’s commitment to the global green energy initiative.

“A just transition to net-zero emissions where gas as a fossil fuel is still supported, especially for those of us in this part of the world, is absolutely important, especially as it will enable us to phase-out more polluting fuels such as coal and diesel,” he said.

The Vice President added that the International Community should maintain its Gas Project financing in Nigeria and other developing nations as the world moves on to net-zero emission.

The Minister of Power, Mr Sale Mamman had earlier state that the Federal Government spends over N50 billion in subsidizing electricity supply in the country.

The FG has also announced that it will commence the process of the installation of 5 million solar-home systems in under-served and off-grid communities across the country.