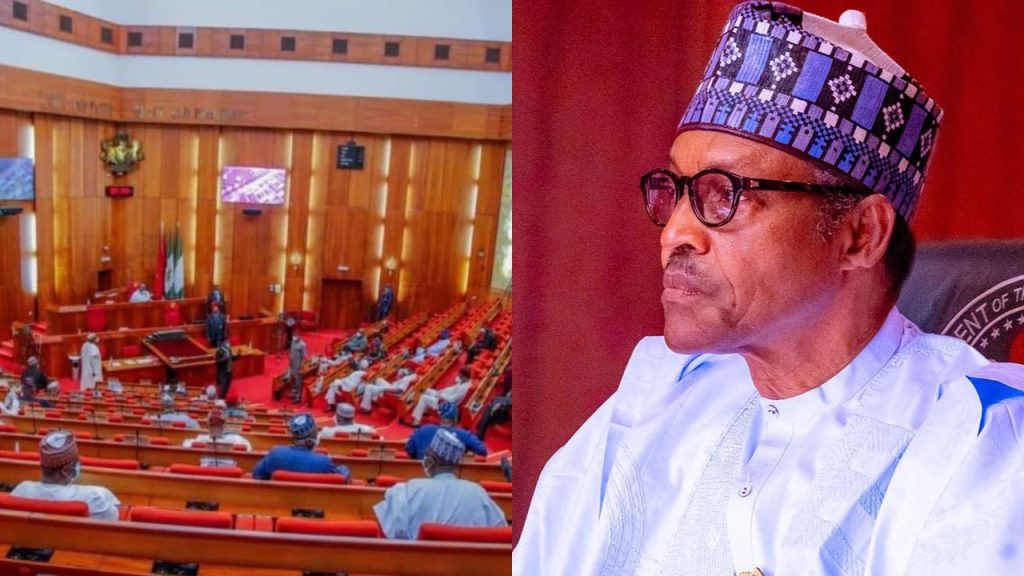 The Senate, on Tuesday at plenary received a request from President Muhammadu Buhari for the approval of the adjustments to the 2022 fiscal framework.

The request was contained in a letter dated April 5, read at plenary by Senate President Ahmad Lawan.

What the President is saying in the letter

President Buhari, in the letter, explained that an adjustment to the 2022 fiscal framework became imperative due to new developments in both the global and domestic economies which were occasioned by spikes in the market price of crude oil, which were a fallout of the Russian-Ukraine war.

Buhari in the letter said, “As you are aware, there have been new developments both in the global economy as well as in the domestic economy which have necessitated the revision of the 2022 Fiscal Framework on which the 2022 Budget was based.

“These developments include spikes in the market price of crude oil, aggravated by the Russian-Ukraine war, significantly lower oil production volume due principally to production shut-ins as a result of massive theft of crude oil between the production platforms and the terminals.

“The decision to suspend the removal of Petroleum Motor Spirit (PMS) subsidy at a time when high crude oil prices have elevated the subsidy cost has significantly eroded government revenues.’’

Provisions in the adjustment