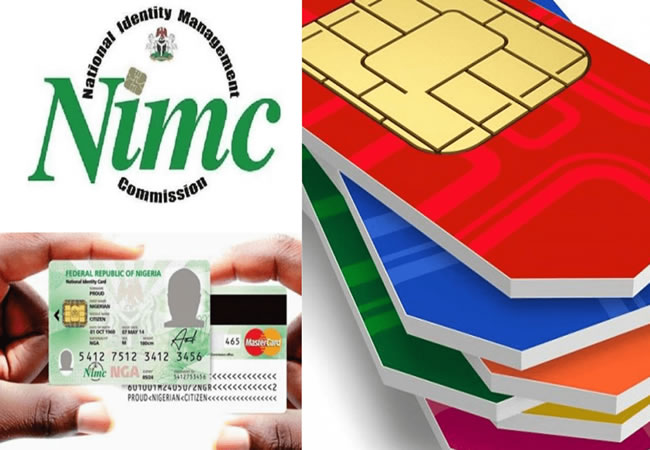 The Nigeria Communication Commission (NCC) has urged Nigerians to consider the benefit of linking their Subscriber Identification Module (SIM) cards to their National Identification Number (NIN) for the safety of their online transactions and services rather than the inconveniences of banning them from making calls.

The Commission, which said that it blocked the unlinked SIMs for the safety of Nigerians involved in online transactions, including financial and educational online services, and prevention of crimes and criminality by the security agencies, charged Nigerians to consider such benefits above inconveniences.

The Executive Commissioner, Stakeholders Management of NCC, Adeleke Adewolu, disclosed this at the Village Square Dialogue held at the Centenary Hall, Abeokuta, the Ogun State capital.

He said that the purpose of the dialogue meeting with consumers in Abeokuta was the firm recognition of the pride of place that this ancient city holds as a historical hub of trade and commerce, not only in the South-West but in the nation as a whole.

Adewolu, who stated that NCC would have retrieved the services of the subscribers that refused to link up their SIMs to their NIN in receiving calls or operate their social media platforms or do anything online, stressed that the Commission decided not to do so to avail them an opportunity of submitting their NIN to their mobile services operators on time.

He said that NCC only denied the people that refused to heed the Federal Government’s directive in liking their SIMs to their NIN the opportunity of not making outgoing calls with their mobile phones, appealing to them to cooperate with the commission in submitting their NIN for their SIMs to be unblocked.

The NCC commissioner added that the telecommunications service operators and NCC were happy about the SIM registration link to NIN, saying that it would secure telecommunication industries in Nigeria and bring about socio-economic benefits to the country.

He said: “You know that the Federal Government gave us a directive to introduce a measure that will encourage the people, who have not taken the opportunity to link their SIM with their NIN since the directive was issued.

“We have those options, one of the options would have been to suspend their services, which means people, who had not submitted their NIN to their mobile services operators by March 31, would have had their services retrieved totally until they complied.”