Bitcoin is now above Gold as the most valuable asset 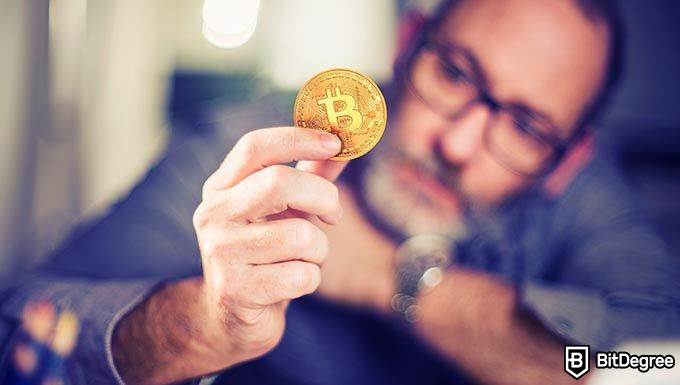 The most popular cryptocurrency, bitcoin, is now sitting comfortably above gold as the most valuable asset despite lacking a global recognition as an investment vehicle to grow wealth.

For over eleven years, bitcoin had been attempting to unseat gold as investors’ most preferred and lucrative asset. Between 2009, when bitcoin was created and 2020, it only succeeded once in 2017.

But the COVID-19 pandemic became the propeller that the digital currency needed to become the most valuable asset among investors community. The once rejected asset has become the very thing most investors and corporations are jostling for.

When compared to gold’s current price, $54,005, as at the time of filing this report, bitcoin was $4,709 more valuable, and has been more consistent in maintaining an upward movement in price.

The drop in gold value is reflecting market migration among investors who are beginning to embrace bitcoin as an inflation hedge rather than a quick gain scheme.

The long hold by the likes of Elon Musk, his company, Tesla, Michael Saylor and his firm, Microstrategy, Twitter founder, Jack Dorsey and other individuals as well as institutional investors are securing bitcoin and changing the narrative of it being a ponzi scheme.

Chief Economist and Global Strategist for Europac, Peter Schiff, had defended gold’s decline on Tuesday, stating that, “Bitcoin bulls pointing to gold’s recent drop as evidence that gold has been replaced by Bitcoin as an inflation hedge are jumping to the wrong conclusion.

“Investors are selling gold because they’re not worried about inflation. They believe rising interest rates will contain it.” the Chairman of Schiffgold said.

But in response, finance and data analytics expert, Spencer Schiff, said, “Whether you like it or not, your shiny metal is being dethroned. As more monetary demand flows from gold to Bitcoin over the coming years, the price differential will increase and the straws you’re grasping at will break. At some point you’ll be forced to face reality.”

The digital asset has surpassed the proces of gold in ounce and kilogram eleven years after it was created by Satoshi Nakamoto.

As countries continue to migrate into a digital world and transactions go online, more investors will align with a digital asset cause no one want to be left behind or enter the bitcoin market late. A digital world would further complicate gold’s standing in investors community.

It will trigger capital flow from gold market into that of bitcoin, where capital store is more valuable, and this will knock gold even dipper into the ground.