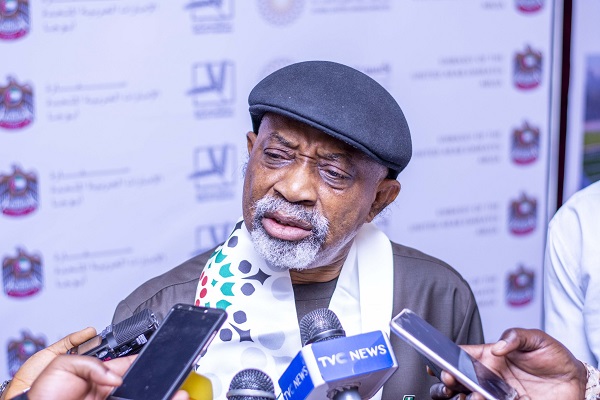 The Federal Government has stated that it has no Collective Bargaining Agreement (CBA) with the Academic Staff Union of Universities (ASUU).

This was disclosed in a statement by Chris Ngige, the Minister of Labour and Employment, on Wednesday in Abuja.

The Minister stated that ASUU’s call for the President to sign an agreement which they have reached with the FG is deliberate misinformation pushed out by the ASUU President, Prof. Osodeke.

He stated that when a Collective Bargaining Agreement is produced between unions and the federal government, it is not the president that signs.

“But by the government side, the Ministries, Departments and Agencies (MDAs) led by the direct employer with the conciliating ministry witnessing.

“We wish therefore to inform Nigerians that there is no such CBA that has been reached  between the federal government, ASUU and other university unions on the renegotiation of their salaries and allowances (wages).

“What is in existence is a proposal. Even when such CBA is made, it is not the president who signs it. From available records, no Nigerian President or sovereign signs such,” he said.

However, the Minister added that demands particularly include, their conditions of service – wages, salaries, allowances and other public service matters, that would be guided by relevant federal government ministries and agencies.

“Note that that Prof Nimi Brigg Committee just like the Prof. Munzali Committee it replaced, is an internal committee of the Ministry of Education to receive ASUU demands and renegotiate  areas of 2009 Agreement.

“This is while also receiving briefs from the MDAs mentioned above that act as advisers, before making any counter offer to ASUU and other unions.

“Unfortunately, ASUU insisted that these relevant advisory MDAs rescue themselves from the sitting of the Briggs Committee accusing them of non-cooperation,” he said.

The minister said the Chief of Staff and the Minister of Labour set up an inter-Ministerial/Agency sub Committee comprising the affected MDA’s under the Minister of State Budget and Planning and were to quickly look into Prof. Briggs’ Committee report which to all intents and purpose was still a proposal in June 2022 at the government side meeting.

“Having rounded off its work, the committee returned as verdict;  that with the  Prof. Briggs Proposal of 109 -185 per cent increase in the university wage structure, the Federal Government will incur an additional N560 billion as salaries alone.

“On top of the present N412 billion, less all other allowances such as Earned Academic Allowances and fringe benefits, teaching allowance, field trip, responsibility and post-graduate supervision, allowances, Hazard allowances  which were to gulp another N170 billion.

“In all, the sum of N1.12 Trillion will be needed to pay the salaries and allowances of university lecturers and other staff in the university system.

“At present, the wage bill of the university staff and their colleagues in Teaching Health Systems gulp nearly 50 per cent of the total  federal government staff personnel cost/wages,” he said.