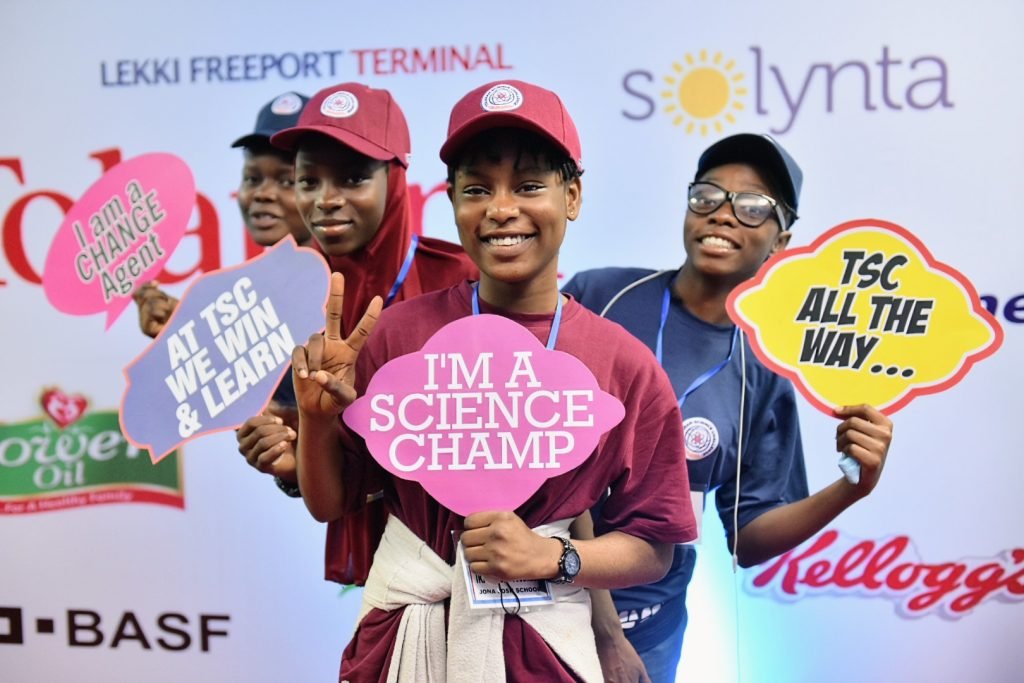 The TSC is a science-based competition instituted by Tolaram- a leading conglomerate in Nigeria, for schools located within the Ibeju-Lekki axis of Lagos.

The competition is part of the group’s corporate social responsibility initiatives geared towards developing and promoting science education among students in the area.

Other companies in the group include Dufil Prima Foods Limited, producers of Indomie Noodles, TG Arla – producers of Dano Milk and Kelloggs.

A total of 16 secondary schools participated in this year’s competition, with each school represented by six students. They were examined in five core subjects: Physics, Chemistry, Biology, Mathematics and General Knowledge.

At the awards ceremony, 16 students were given Unified Tertiary Matriculation Examination (UTME) scholarship award for their outstanding performance in the competition, while the top three students in the competition were rewarded with cash prizes and certificates.

Chief Relationship Officer, Lekki Port, Mrs. Adesuwa Ladoja, thanked Lagos Free Zone and Tolaram for the initiative, saying the quality of the competition has improved significantly, seeing how competing schools tried to outshine one another.

Representative of the Commissioner for Commerce, Industry and Cooperatives, Lagos State, Mr. Okesanya Abiodun, lauded the organisers for investing in the sector, saying its contributions to the community would lead to significant growth and development of science-based education in the area, thereby, positioning the students to harness the enormous opportunities in the 21st century.

He equally commended the doggedness, commitment and exceptional performance of the students for striving to be the best in the competition, urging them to remain focused and become a reference point, not only in the four science subjects but in other areas.

He said: “Your participation in the competition has exposed you to the required knowledge to excel in these four science subjects and created an avenue to interact with your fellow students from private and public schools. Your presence here tells a story of undeniable steadfastness, intelligence, speed and accuracy throughout this challenge as evidenced in your performance.”

Chief Sustainability Officer, LFZ, Mr Vishal Shah, said TSC had become a veritable platform for students to learn, noting that regardless of the competition’s outcome, every student and school was a winner.

“Tolaram Science Challenge has no place and provision for losers. Therefore, you either win or learn. Our students have been able to unlearn, learn and re-learn. The commitment each one of you has shown throughout this competition is unbelievable. There is, no doubt, that this commitment will take you on a new height in life and nearest future,” Shah said.

He said LFZ is positioned to raise and create champions for the future of Nigeria, noting that initiatives such as this help to serve as guide towards a bright future.

The traditional ruler of the community, Oba Olumuyiwa Ogunbekun, applauded the role of LFZ in improving the state of education in the host communities, saying the competition had done a lot to enhance healthy competition among secondary school students.

Ogunbekun advised the students to choose the path of hardwork if they hope to become great in life.